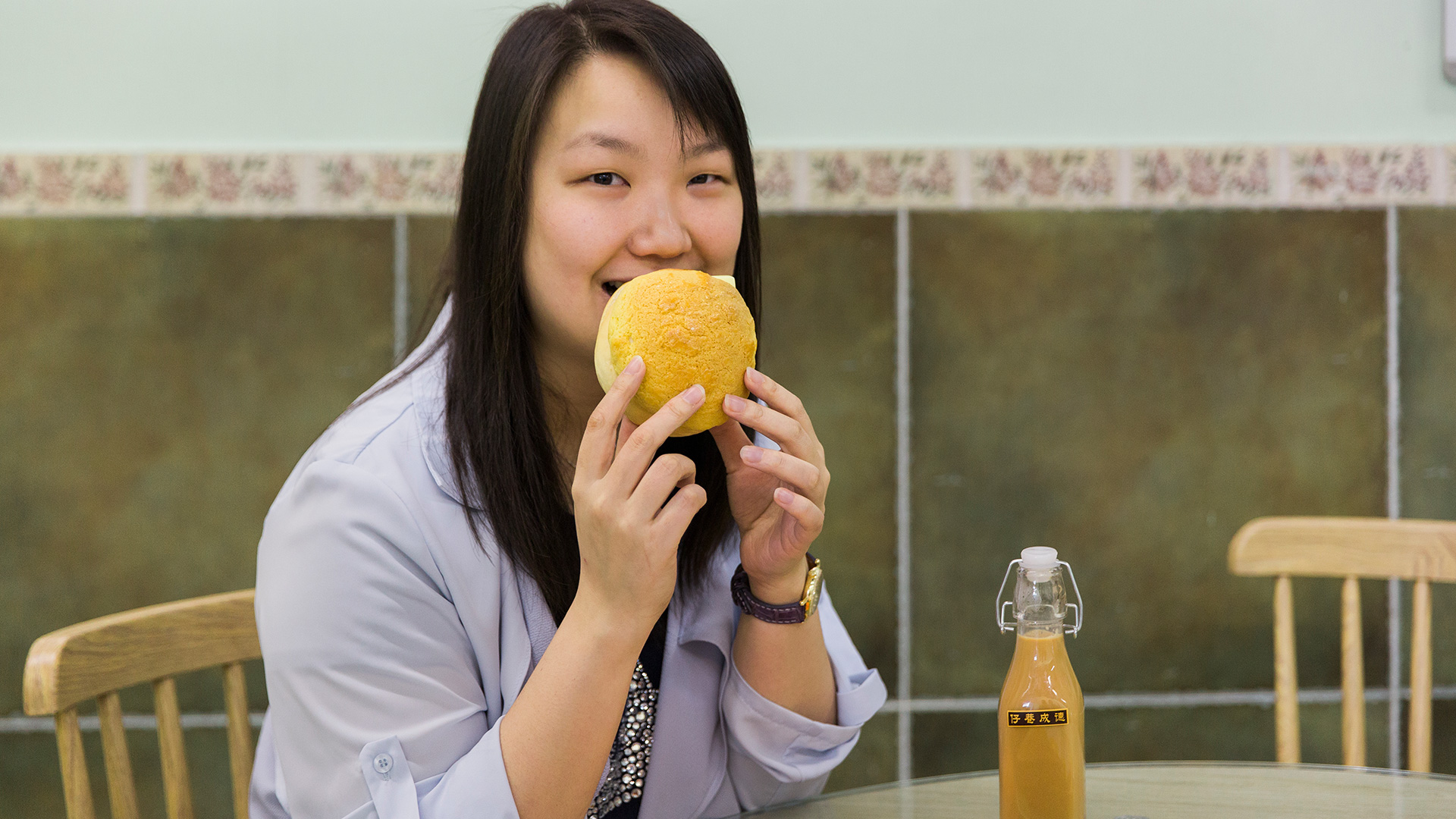 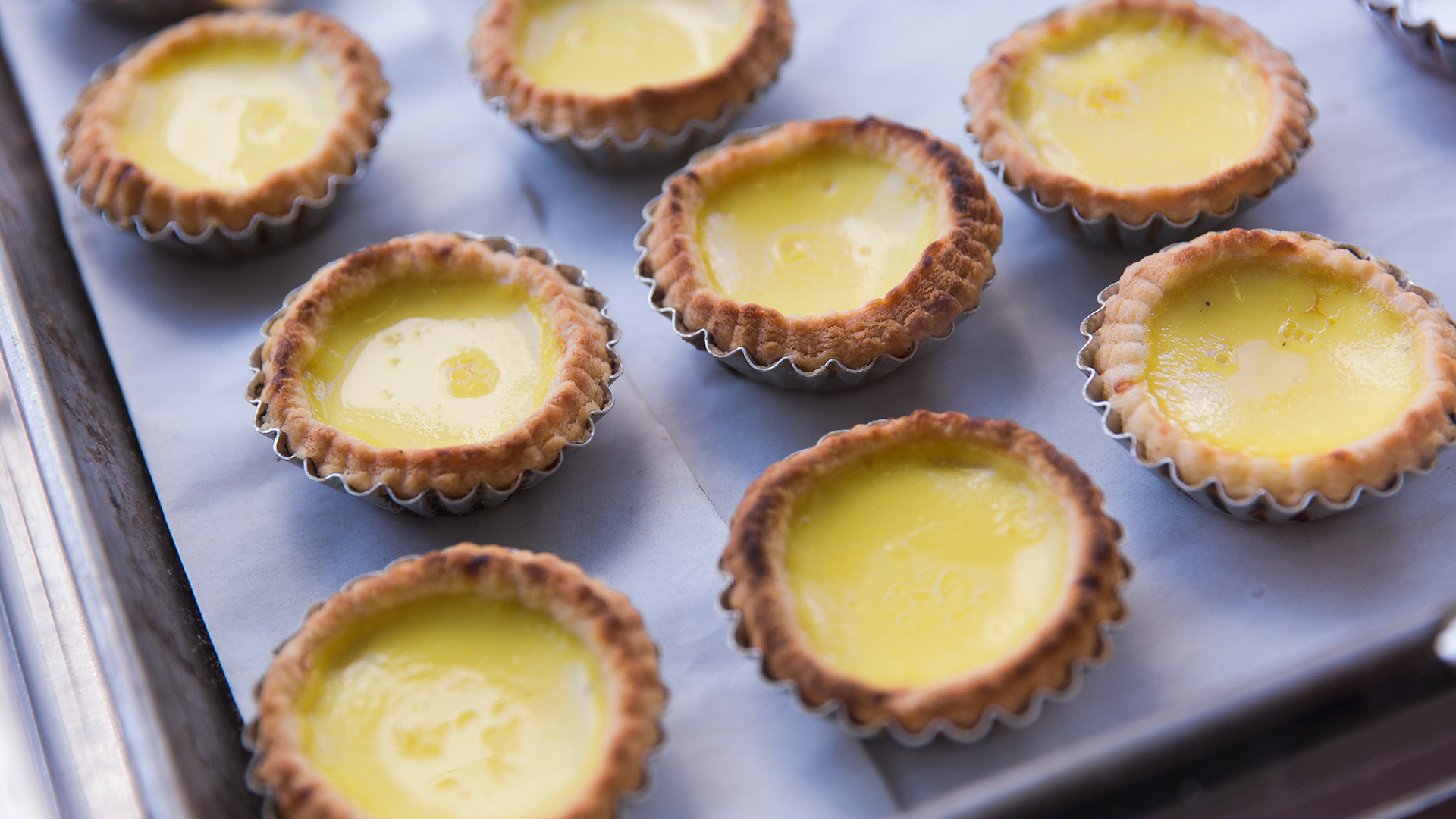 “My dad operated Tak Shing Tea Stall from 1972 to 2003. It was two carts in an alley between Lan Fong and Pak Sha Roads that sold milk tea, coffee, beef ball and fish ball noodles. Last year, I opened Tak Shing here because I’ve been around tea stalls all my life and always wanted to open one. This location on Tung Lo Wan Road in Tai Hang was chosen by chance but actually, the environment is very similar to the one where I grew up. It’s in a small neighbourhood where you know and trust the people around you. I use my dad’s old milk tea recipe here and we even sell them in the old school glass bottles. We now have a pastry chef to help us bake all the food I used to have when I was younger. We have egg tarts, pineapple buns and even a grilled steak set – all food from my childhood. I remember as a kid, I would make pocket money by doing food deliveries in the area. Customers of the salons back then would call for food while they were having their hair done. There was also a sauna which I remember smelled really good and I would get tips from there too. All of my strong memories of CWB are from when I was small and everyone seemed to know each other so I could play anywhere and my mother would not be worried about losing me.”