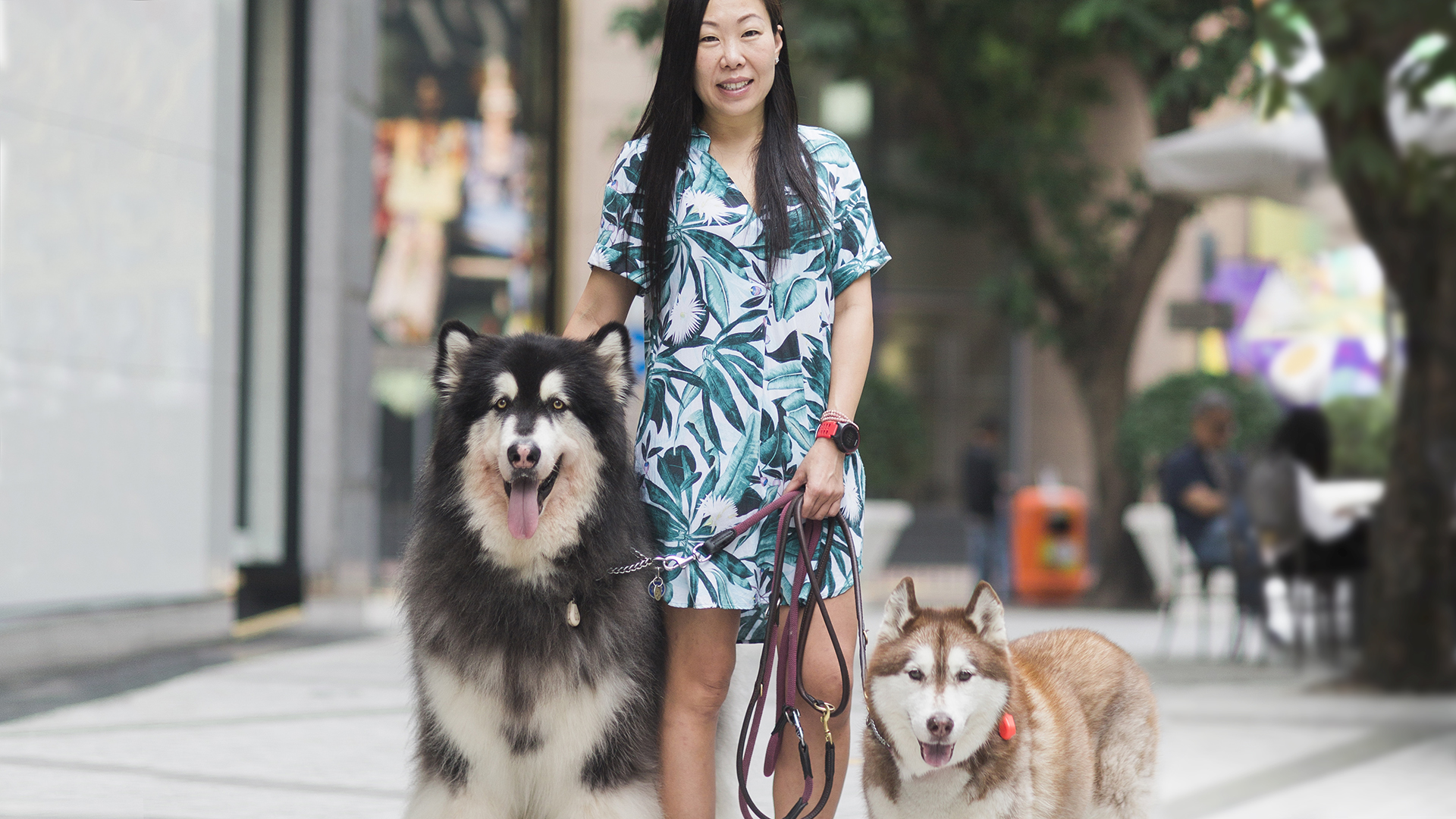 “I grew up in Causeway Bay and used to live in Tai Hang, so this area has always been my home. This is Snowie and Kolar. I’ve had Kolar for a long time; he’s 11 now while Snowie is five years old. Snowie also used to live in Causeway Bay and we were friends even before I adopted him – I had seen him in the area before and when I called his name, he would rub his head against me, it was really sweet! Snowie was given up by his owner. Since I already had Kolar, I figured it wouldn’t make much of a difference to have another dog – the air con had to be on for Kolar anyway! Even though Snowie is bigger in size, he’s really the younger brother and follows Kolar’s lead. Kolar is definitely the smarter one, he knows what actions lead to other actions, and uses this knowledge to “take advantage” of me and his little brother. At first, Kolar didn’t like Snowie. He had the place all to himself and then suddenly there was a huge dog who came along. Now they get along much better. For a husky, Snowie’s temperament is really good – so when other dogs, kids, elderly people or even babies approach him, he’s fine. Kolar loves when people come over and hug him as he’s really friendly. We walk around Causeway Bay together, usually around Paterson Street and Lee Garden One or the area around Caroline Hill Road. We can’t walk too far because of Kolar’s age but when we’re walking on the street, they always go to the restaurants they know will serve them. We always eat around Food Street because a lot of people there know us. The dogs love being there – they know the waitresses will immediately give them water and food, maybe even cheese sometimes!”

From L to R: Snowie, Irene and Kolar”