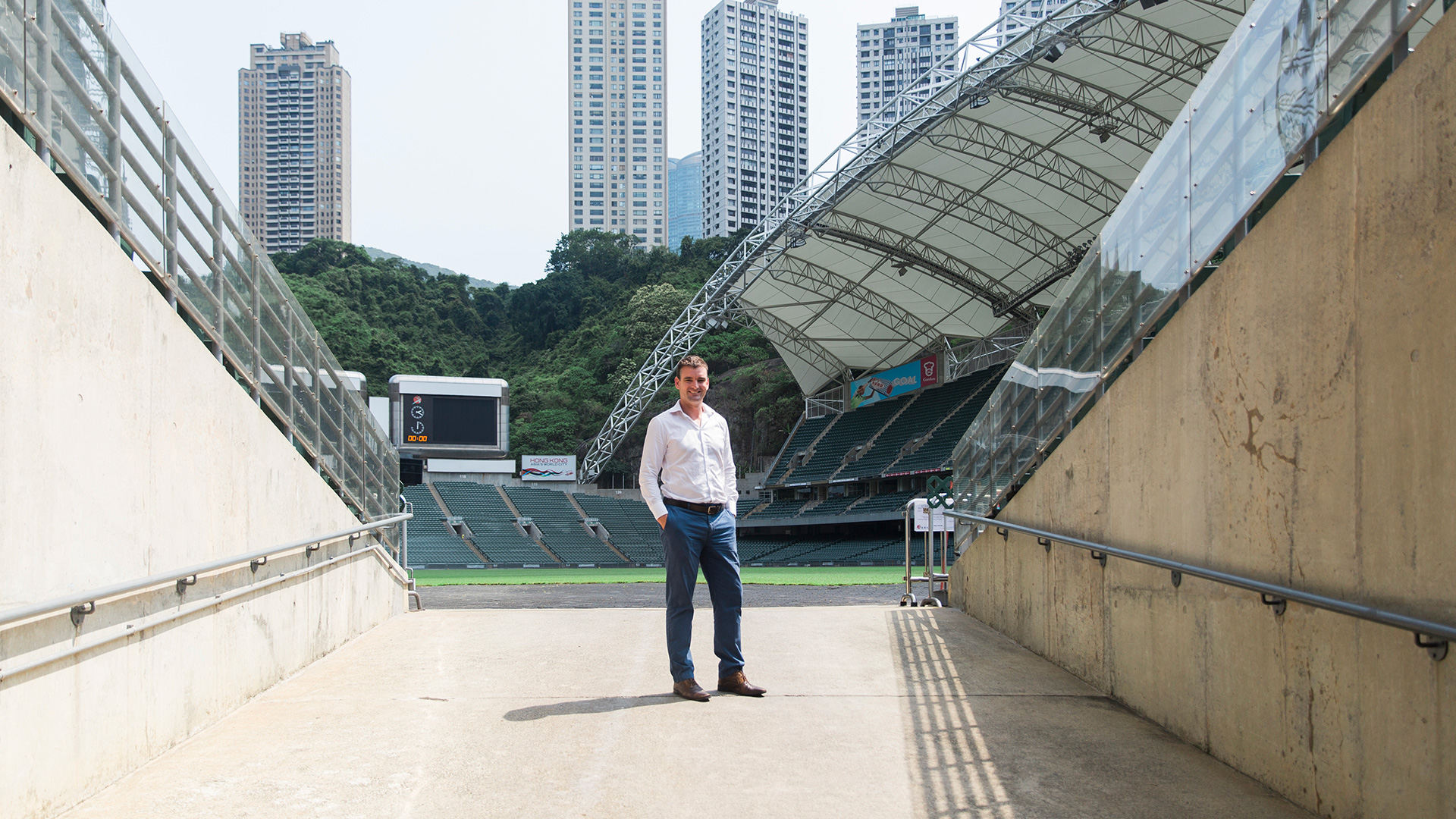 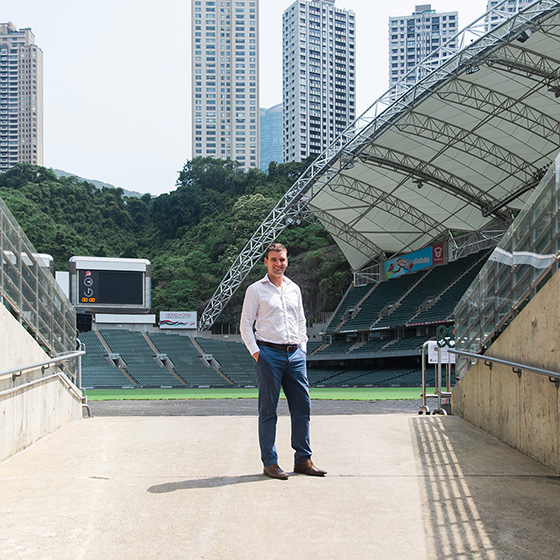 Sam Pinder laughs when he is asked why he became a rugby player. “I hail from New Zealand – and I’m pretty sure when you get born there, you get a rugby ball,” he says. “Growing up, you play rugby or you don’t do too much else. That’s where my drive came from. I was lucky enough to turn it into a professional career.”

Today, Pinder is the man behind the Hong Kong Sevens, the three-day rugby tournament that fills the 40,000 seats of Hong Kong Stadium and turns Causeway Bay — and the whole city — into a carnival whose atmosphere goes well beyond rugby. But it was pure love for sport that pushed Pinder into rugby in the first place.

When he was growing up in the 1980s, Pinder was a good player, but in a nation as rugby-obsessed as New Zealand, there were too many others ahead of him to have a chance at joining the All Blacks, the country’s legendary national team. So he looked abroad. His grandmother was Scottish, which qualified him to join Scotland’s national rugby team, and he ended up moving halfway around the world to follow his passion. He got two international caps — a rugby term that refers to an international appearance — in 2006, when he played against South Africa in Durban and Port Elizabeth.

Pinder played more than 100 matches for the Glasgow Warriors, one of Scotland’s two professional rugby teams. But some late-career injuries pushed Pinder to start thinking about leaving the pitch for a coaching role. A Hong Kong-born teammate referred him to the head of the Hong Kong Rugby Union, Robbie McRobbie. “Two weeks later I was living in Hong Kong with a two-month-old baby girl. It was a fresh start.” 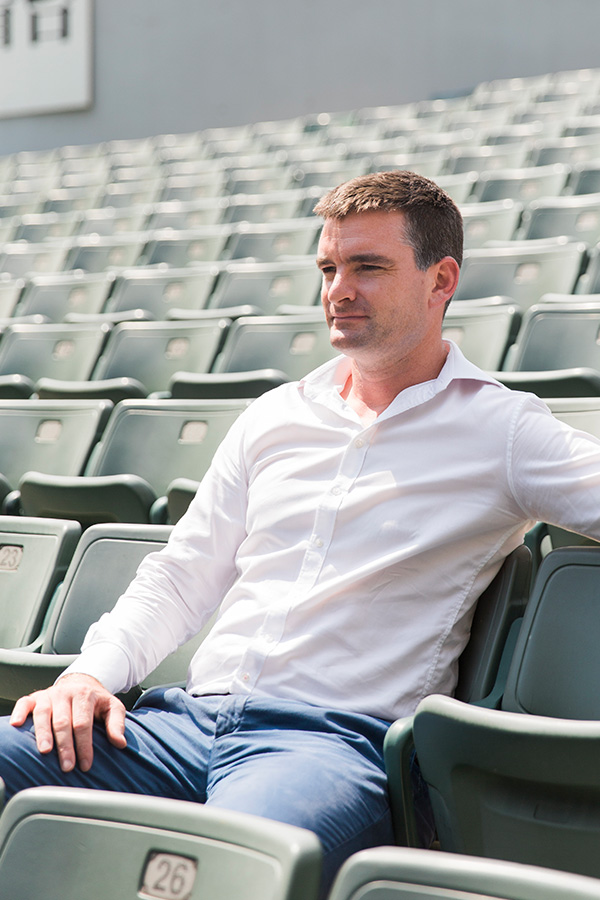 “Growing up, you play rugby or you don’t do too much else. That’s where my drive came from. I was lucky enough to turn it into a professional career.” 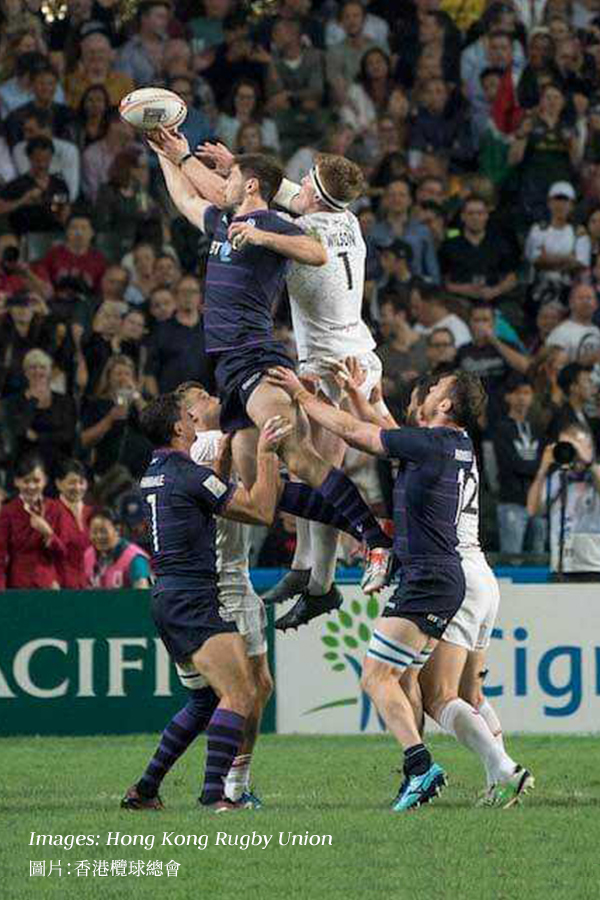 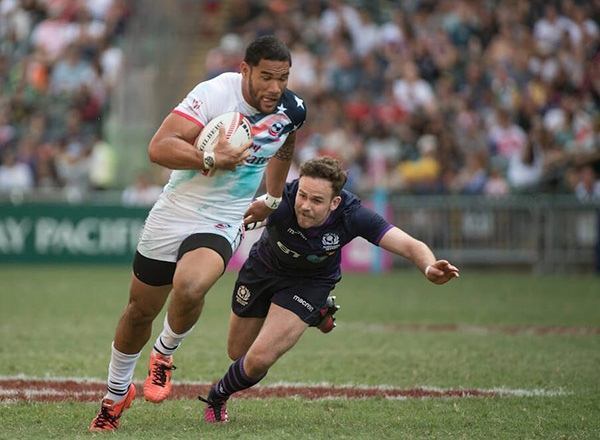 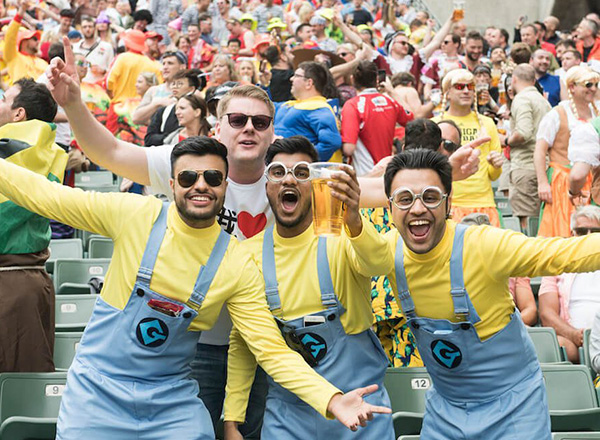 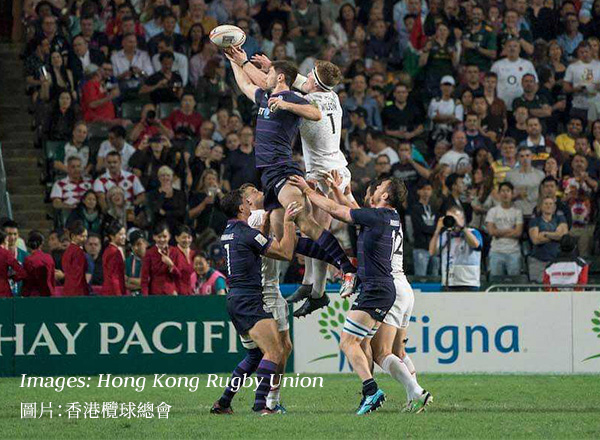 “We’ve focused on the last few years of growing the event outside the stadium. We want to create a whole Hong Kong Sevens festival – a week that all Hong Kong people can enjoy.”

He sees his job as keeping the wind in the sails of the world’s foremost Sevens tournament. “The Sevens has been around for 43 years now and it’s very successful,” he says. It has become ingrained in Hong Kong’s culture in a way that hasn’t happened elsewhere. “There’s a lot of people that have been coming to the Sevens every year, young kids growing up going to the showcase series in the morning. It’s a part of Hong Kong history that’s part of people’s lives.”

Pinder says the Sevens has been sold out for the past 13 years. About 35 percent of the attendees come from overseas, giving it a particularly cosmopolitan flavour. “We’ve focused on the last few years of growing the event outside the stadium,” he says, with concerts and other events that fuel the party atmosphere. “We want to create a whole Hong Kong Sevens festival – a week that all Hong Kong people can enjoy.”

Beyond work, Pinder’s life still revolves around rugby. He and his wife now have three kids, and all of them are involved in rugby in one way or another. “A lot of my time is filled with weekend sport,” he says. And why not? “I think it’s the camaraderie you get with rugby. As soon as you join you’ve got 20 new friends with similar interests.” 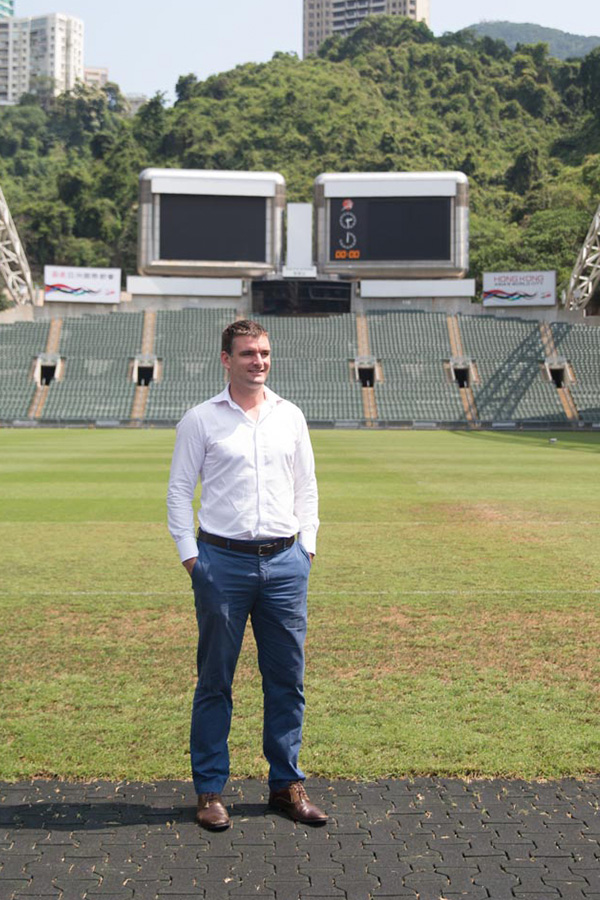