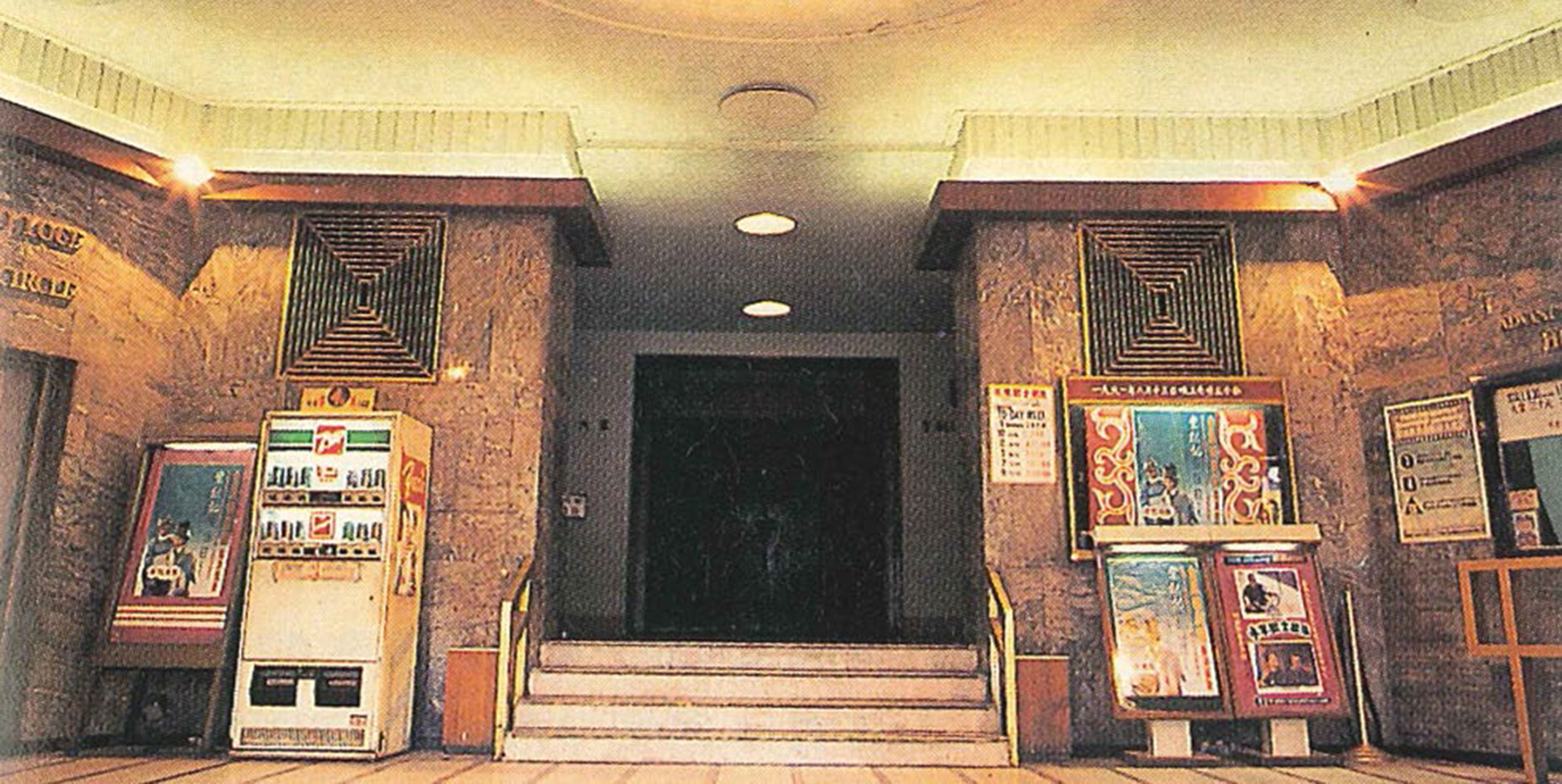 
A childhood spent at Lee Theatre

Lee Theatre was once one of the city’s most glamorous institutions. Standing at the very edge of Percival Street, it opened to the public in 1927 and hosted a range of shows from Cantonese opera to film screenings, and even the Miss Hong Kong pageant during its heyday. Those who lived nearby at the time recall watching performances at Lee Theatre or catching a glimpse of the stars as they entered and exited the theatre after a show. Despite a series of renovations and facelifts, Lee Theatre remained one of Hong Kong’s most exquisite landmarks before closing its doors in 1991.

Otto Leong spent his childhood at Lee Theatre. His father was the theatre’s manager for a few decades, responsible not just for operating the theatre, but bringing in movies and groups to perform. Otto’s mother started running the candy booth there in 1973. “In those days, there weren’t any holidays so they went to work every day.”

His weekends were spent at the theatre: “Every Sunday morning, they would show a cartoon, in colour and with subtitles, which was quite new for Hong Kong at the time. I used to be so happy as I didn’t have to go to school – I could sneak in to watch cartoons and then head out for yum cha with my grandma.”

He has no shortage of memories about his time at Lee Theatre, having gotten to know the space almost inside out. “Backstage, there was a ping pong table — all the workers would play and they got really good,” he recalls. “I used to sneak backstage to peek at the artists on stage. The view from the stage is very different compared to the audience’s. I would hide in a spot not visible from the front, which would give me a director’s point of view. I saw many amazing shows this way. Unfortunately I wasn’t allowed to bring any friends.”

And sometimes, there was some unscripted backstage drama: “There was a safe room at the top of the theatre where all the money was stored. Not many people knew about it, but one day it got broken into – the cashier got hit on the head and the police came. Everyone wondered how they knew where the room was but in the end they were caught.” 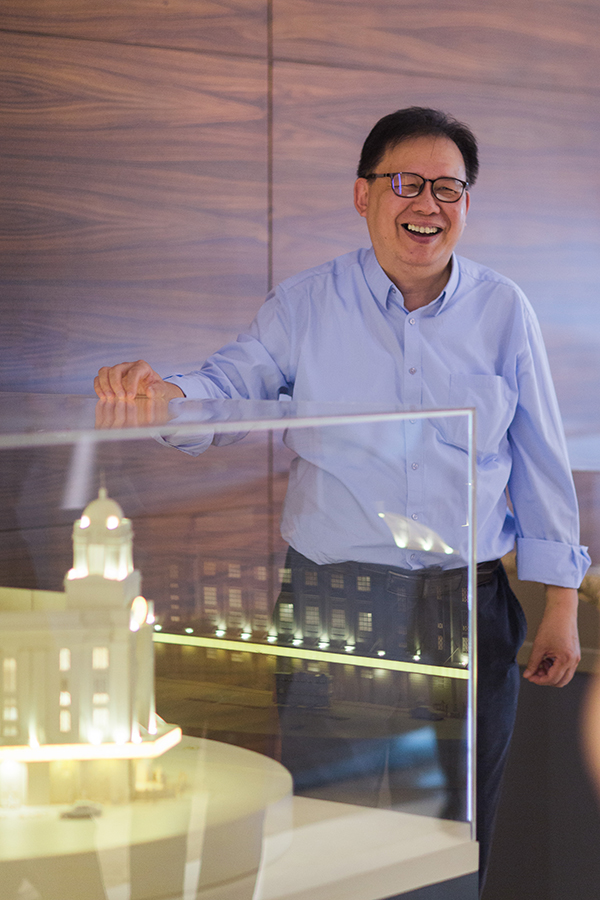 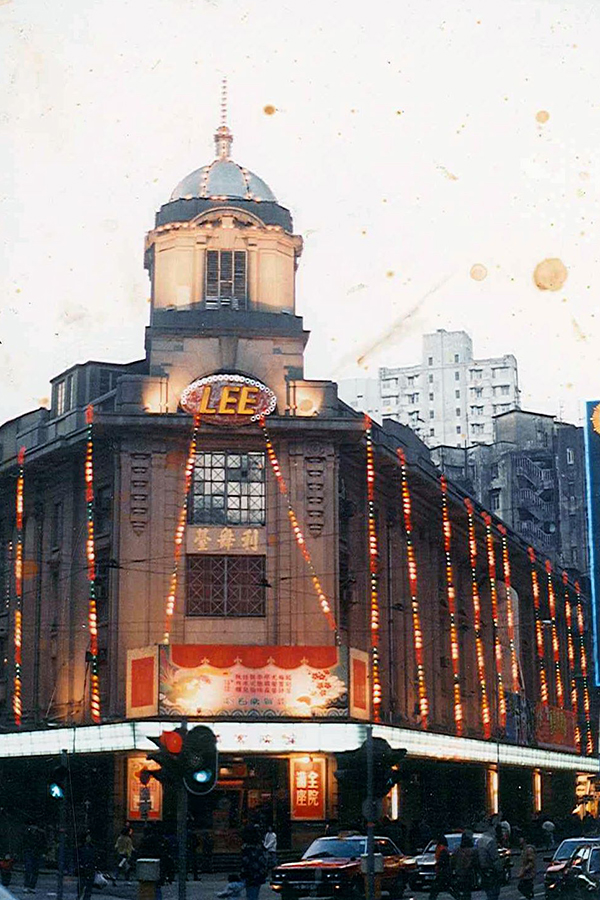 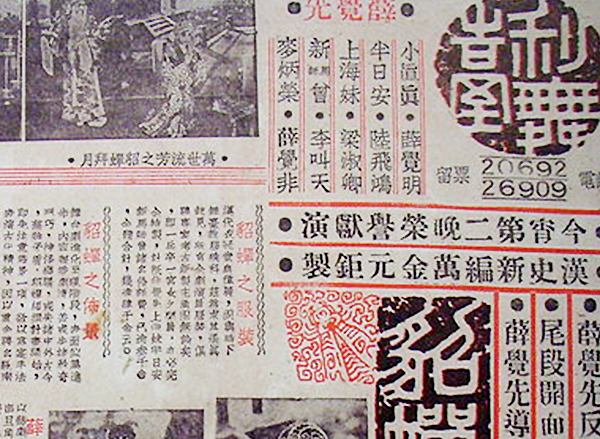 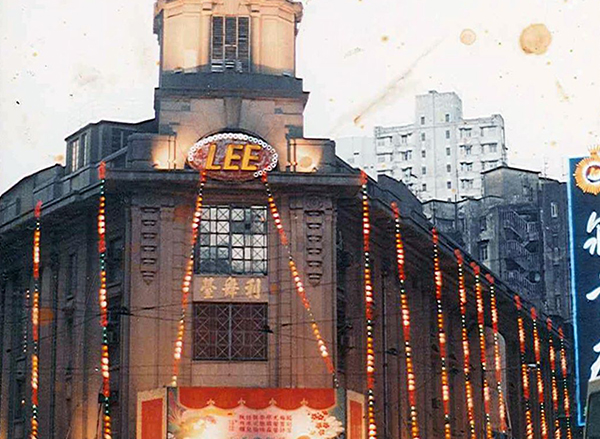 “The design was really complex and intricate – of all the theatres in the world, it’s hard to find one as beautiful as Lee Theatre was…”

A large part of Lee Theatre’s charm and significance to Hong Kong lay in the fact that there was no other large venue that could host such a wide variety of shows at the time. Its large panelled exterior and painted dome were iconic features of the theatre, which also boasted a 40-foot revolving stage that was ideal for Cantonese operas and other theatre shows. The space could hold more than 1,000 people on the ground floor, balcony and gallery.

“The design was really complex and intricate. If you see photos, you’ll find detailed designs on the sides of the stage. Of all the theatres in the world, it’s hard to find one as beautiful as Lee Theatre was,” says Otto. “The theatre was so special, it was very beautiful and elegant.”

At first, the theatre held Cantonese operas but later also showed films screenings and hosted concerts or other forms of entertainment. The theatre went through a limited time of censorship during World War II but it reopened after the war and later held such events as the Hong Kong Arts Festival, the Hong Kong International Film Festival, the Miss Hong Kong Pageant from 1973 and even the Miss Universe pageant in 1976. 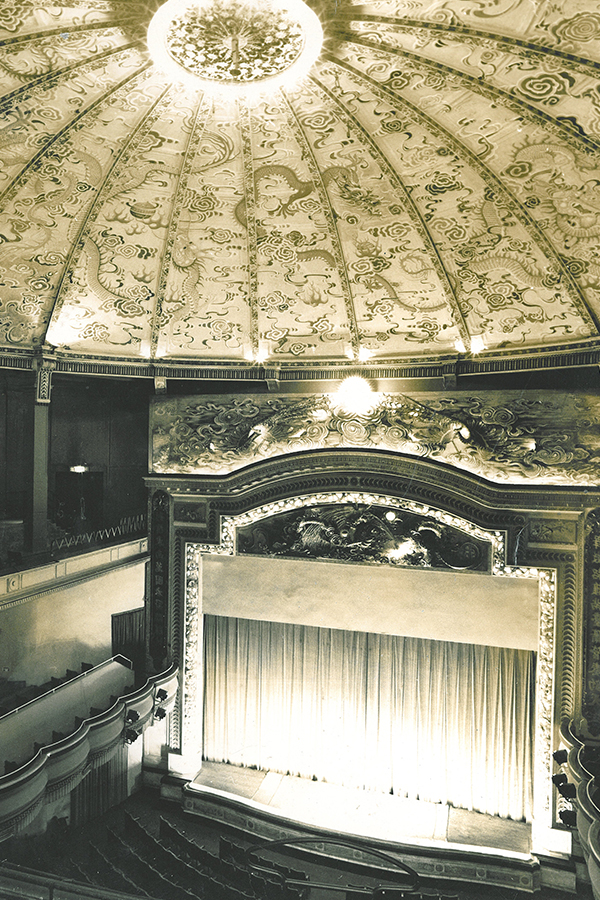 “When I was young, I used to look at my Dad and have this feeling, I’d end up in entertainment…” 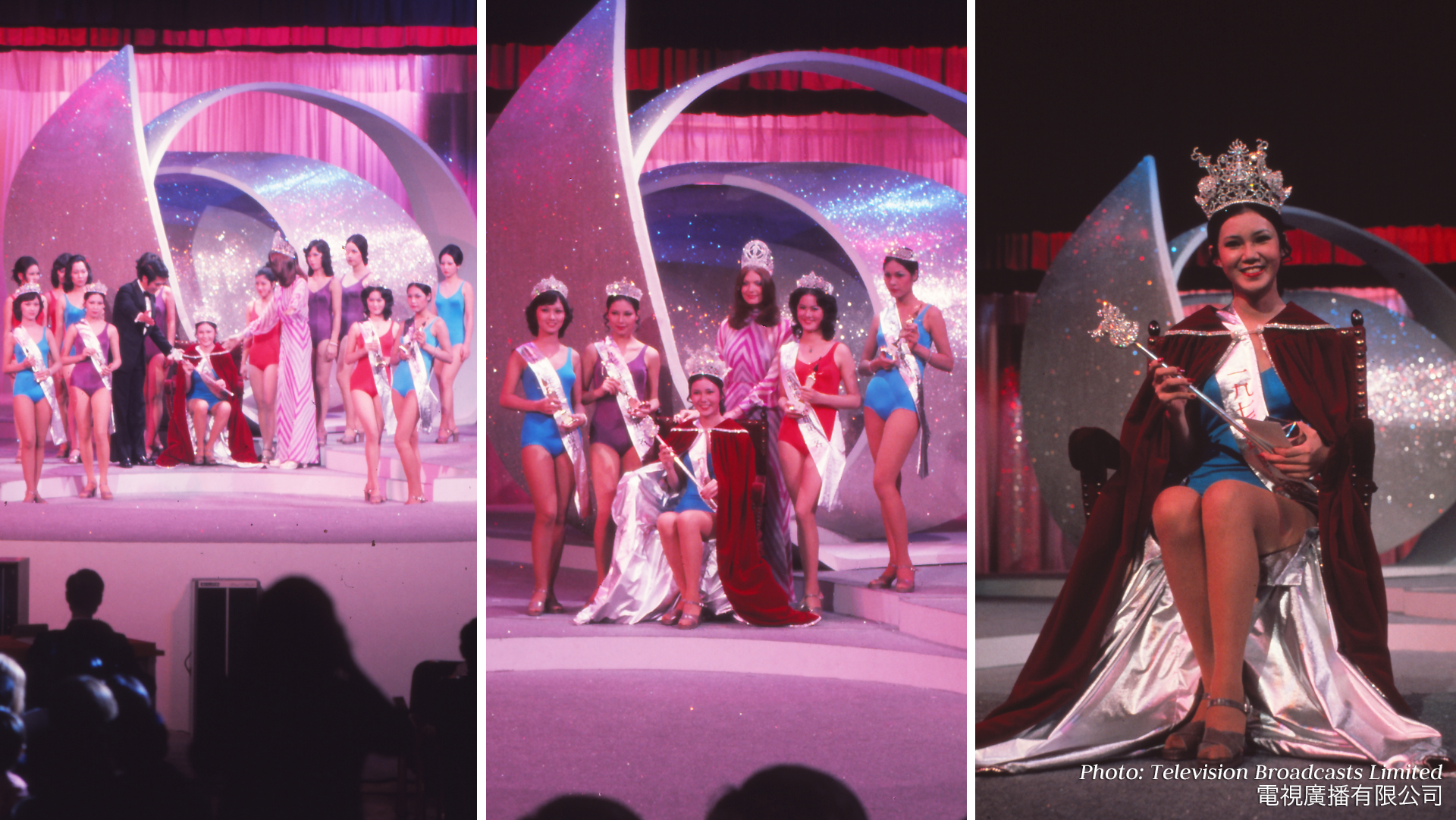 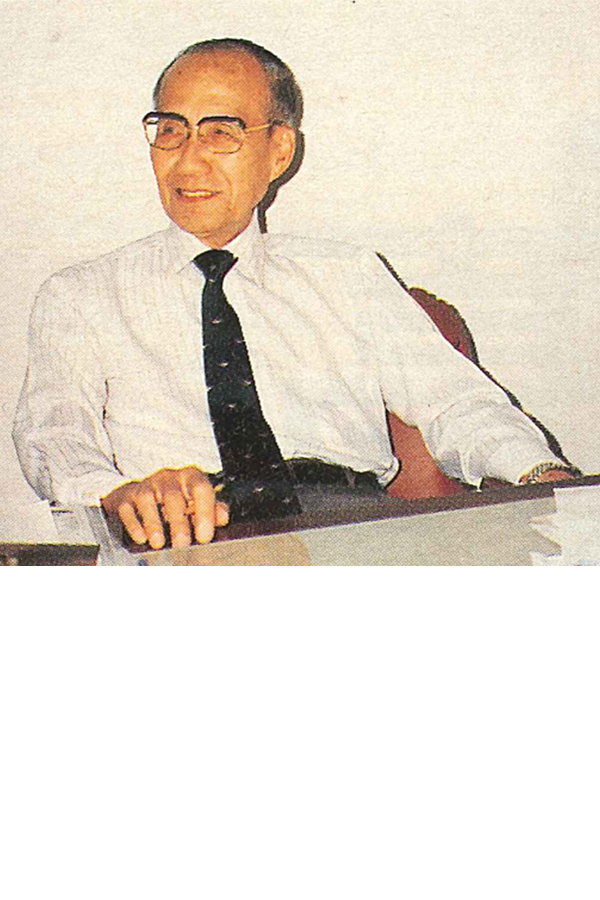 Though Otto rarely had the chance to ask stars for their signatures, he recalls being lucky enough to regularly see and speak to mega-stars Liza Wang and Anita Mui. He also remembers watching international acts such as the likes of Sammy Davis Junior and David Cassidy. Lee Theatre’s size and ideal location garnered international attention from acts looking to come into Hong Kong. “A really famous act from Japan was called Sinbad the Sailor — they came every few years, and each time the theatre would be full,” says Otto. “It was actually the companies overseas that knew about Lee Theatre and wanted to perform there. It was the prime location, the stage was the most complete with the beautiful acoustics and so, we were the leading theatre.”

Having spent most of his life in Causeway Bay, the neighbourhood remains an integral part of Otto’s day-to-day, as does the entertainment industry. “When I was young, I used to look at my Dad and have this feeling, I’d end up in entertainment,” he shares. Following in his father’s footsteps, Otto has worked at several television networks and is currently the Director of Sales at BBC.

He has witnessed his fair share of change, from the streets of Causeway Bay and their rapid development, to changes in the entertainment industry. And just as Causeway Bay provided the catalyst of change for the city, so did Lee Theatre for the entertainment scene. “When show business was still young in Hong Kong, Lee Theatre was the place where debuting performers earned their stripes and wowed audiences. It was the landmark of entertainment.” Nearly a century after Lee Theatre’s opening, its legacy lives on through those who performed there – and who continue to shape the city’s vibrant entertainment scene.