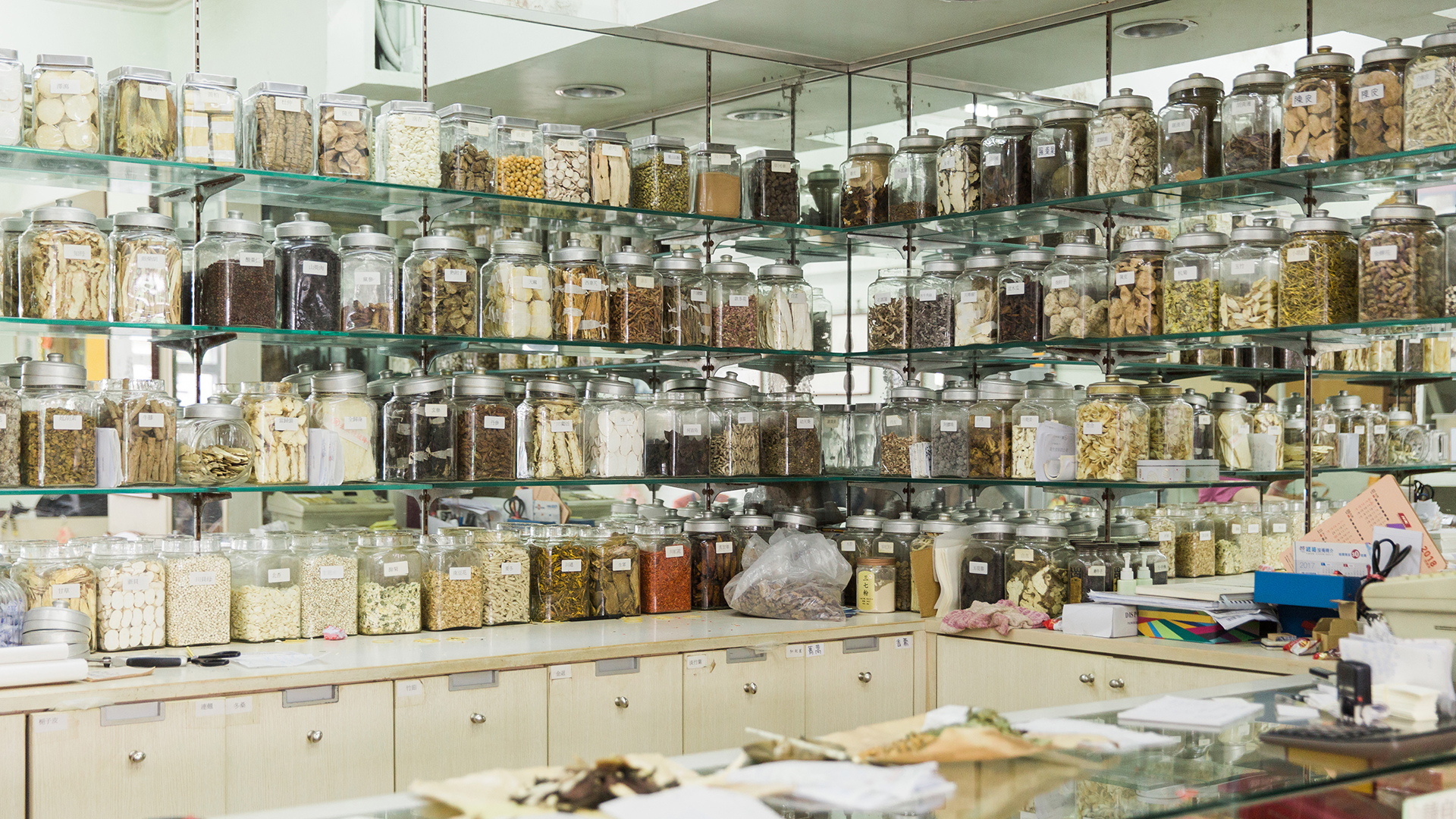 Dr Lau Tai-yum can recall the days when Lee Garden was just a quarry where he and his school friends would play. “There were only a couple of shops on the outskirts of the whole Lee Garden Hill, but other than that, the area was just a barren field.”

The second-generation traditional Chinese medicine practitioner has been based in Causeway Bay for over 50 years, inheriting the line of trade from his father. “We set up shop on Hennessy Road in 1952. When that space was demolished, we moved here to Pak Sha Road when the building was just completed.” The family purchased three units on the second floor, and each unit only costed HK$50,000 at the time.

Although Dr Lau has dealt with leaky ceilings, flooding streets and toilets without flushing water over the years, his practice remains on Pak Sha Road today: “As medicine practitioners, you can’t move to another location that easily – it’s not good for patients if you move too frequently. They want to see the same practitioner they are used to, they need to try you out first before they visit you steadily.”

Clara Fung has been Dr Lau’s patient for nearly 15 years. After her uncle began seeing him, he spread the word to their family and now her uncle, aunt, mother and grandfather are all his patients. “When we started coming here they were still using a writing brush to write down the ingredients for medicine!”

When Dr Lau began studying, there were not many places to study Chinese medicine in Hong Kong, and so he studied in Mainland China. “Chinese medicine practitioners were looked down upon in those days. Only patients that Western doctors couldn’t treat would be passed onto us. We were the backup, when Western medicine fails – not our patients’ first choice,” he recalls. 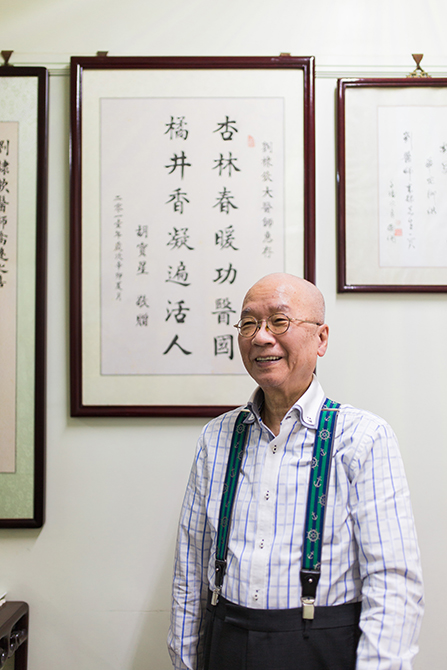 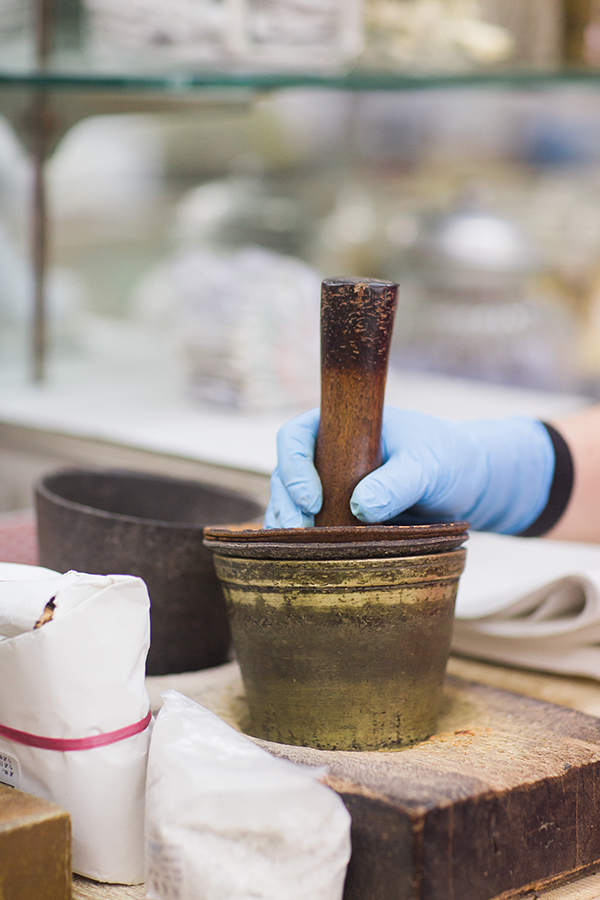 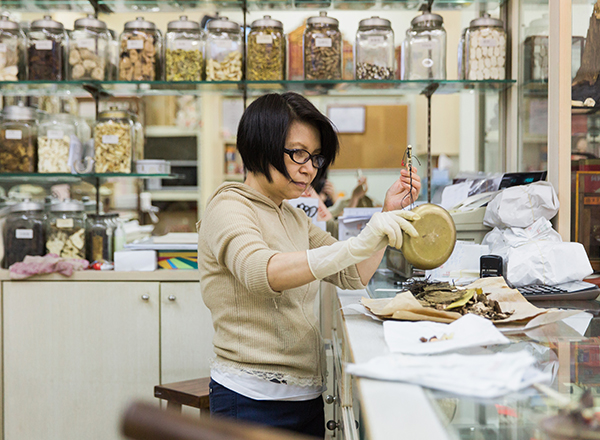 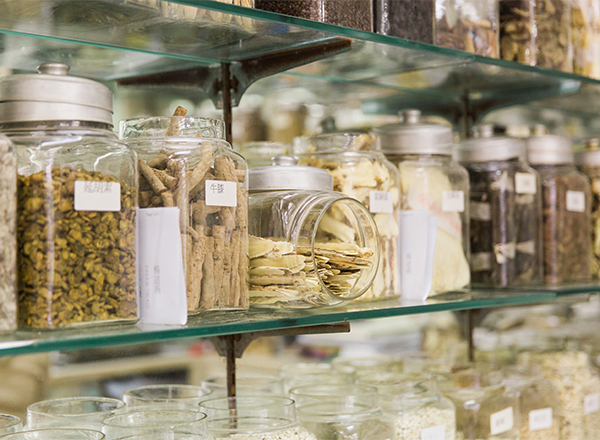 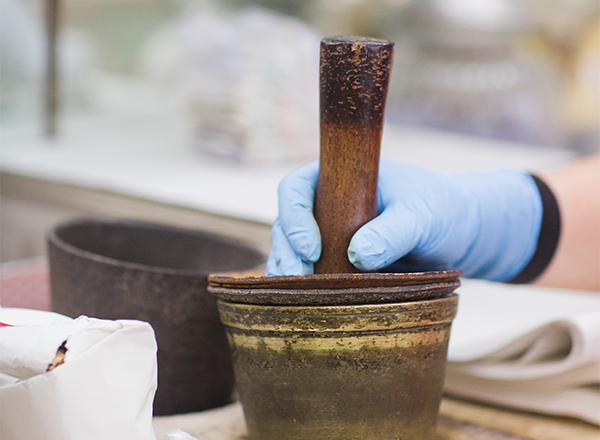 “Chinese medicine was able to provide treatment for any disease, not just act as a wellness booster…”

Dr Lau took lessons in Western medicine in Hong Kong University 30 years ago, and highlights that Western doctors are also well-versed in Chinese medical concepts. “It’s not about combining the two, but understanding the theories,” he says.

Now, with no shortage of courses or places to learn Traditional Chinese Medicine, Dr Lau continues his studies in Hong Kong to keep up to date. “The younger generation has all this available at the press of a button, but we needed to memorise verses for each prescription.”

He pauses to recite a decoction, then goes on to explain: “The verses contain all the herbal medicines needed, how to process them, what goes in first and what comes last; we needed to remember all of it. We old-timers know it by heart, of course, but now we need to keep updating ourselves,” he says, gesturing at a computer. “See, even our records have been digitised!”

Though people used to strongly differentiate between Chinese and Western medicinal treatment, Dr Lau has seen elements of them merge. “Chinese medicine was able to provide treatment for any disease, not just act as a wellness booster,” Dr Lau explains. But for some, this is an added value of traditional Chinese medicine. “I see Western doctors for immediate cures but this is for maintaining my health. I’ve been feeling quite tired so I went to see Dr Lau this morning for some detox medicine – this is the kind of stuff Western doctors can’t do,” shares Clara. 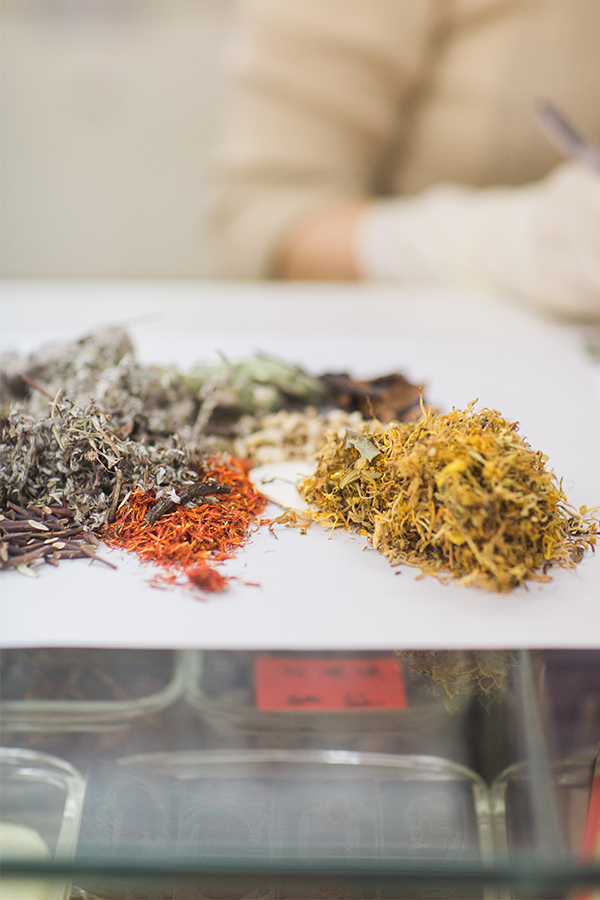 “There isn’t a place in the world like Hong Kong. Hong Kong people are practical; going to a doctor is like going shopping.” 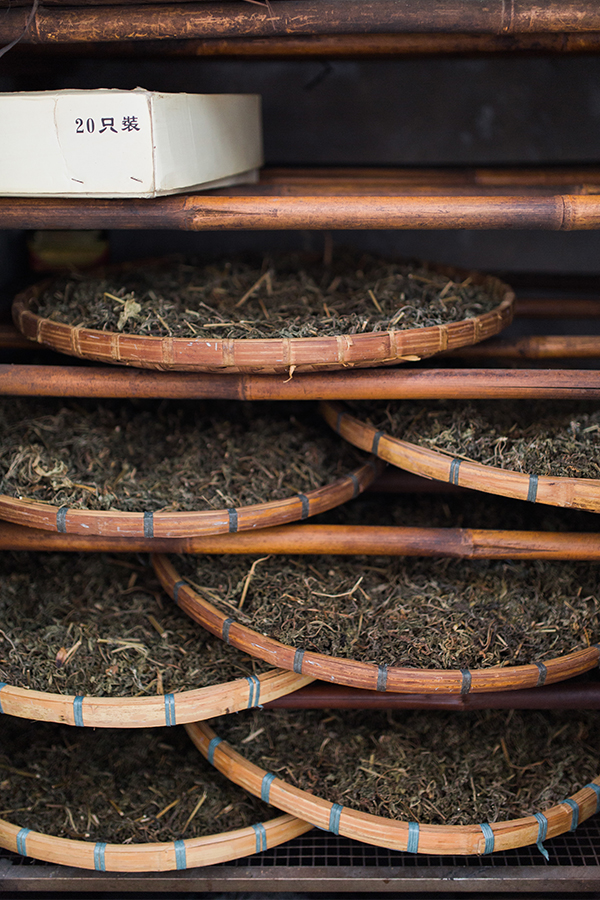 Ingredients for the medicine are procured from sellers but according to Dr Lau, you need an eye and experience to tell them apart. His style of medicine is very much old-school; the raw herbal medicine is steamed then dried in a traditional charcoal oven – something very few medicine shops do in-house nowadays – then put in a pot to boil and make herbal tea. “In the future, you may not see Chinese herbal medicine in its original form – it could be all powder-based. This is good for tonifying but for treating the flu, or liver diseases, boiling herbal tea from raw medicine is most effective.”

Though some patients prefer the new style of Chinese medicine proffered from younger practitioners, there are those like Clara, who eschew powder. “I’ve been coming here for many years and it works – this is why I keep coming back. Dr Lau fixes colds and flus really well,” she says.

Having worked in this field for most of his life, Dr Lau is still learning. “Even at my age, government regulations require us to take lessons to advance professionally. You can choose to teach or attend classes. I chose to attend as preparing classes is a lot of work!”

At the age of 76, Dr Lau remains optimistic about Hong Kong’s medical services: “There isn’t a place in the world like Hong Kong. Hong Kong people are practical; going to a doctor is like going shopping. If you can’t get it at Wellcome, you’ll try to find it at Park’n’Shop. If that doesn’t work, well then 7-Eleven will have to do. Same with going to the doctor – even if it takes several tries with both Chinese and Western medicine, Hong Kong people are lucky in that we have a choice of experienced doctors and medical practitioners.” 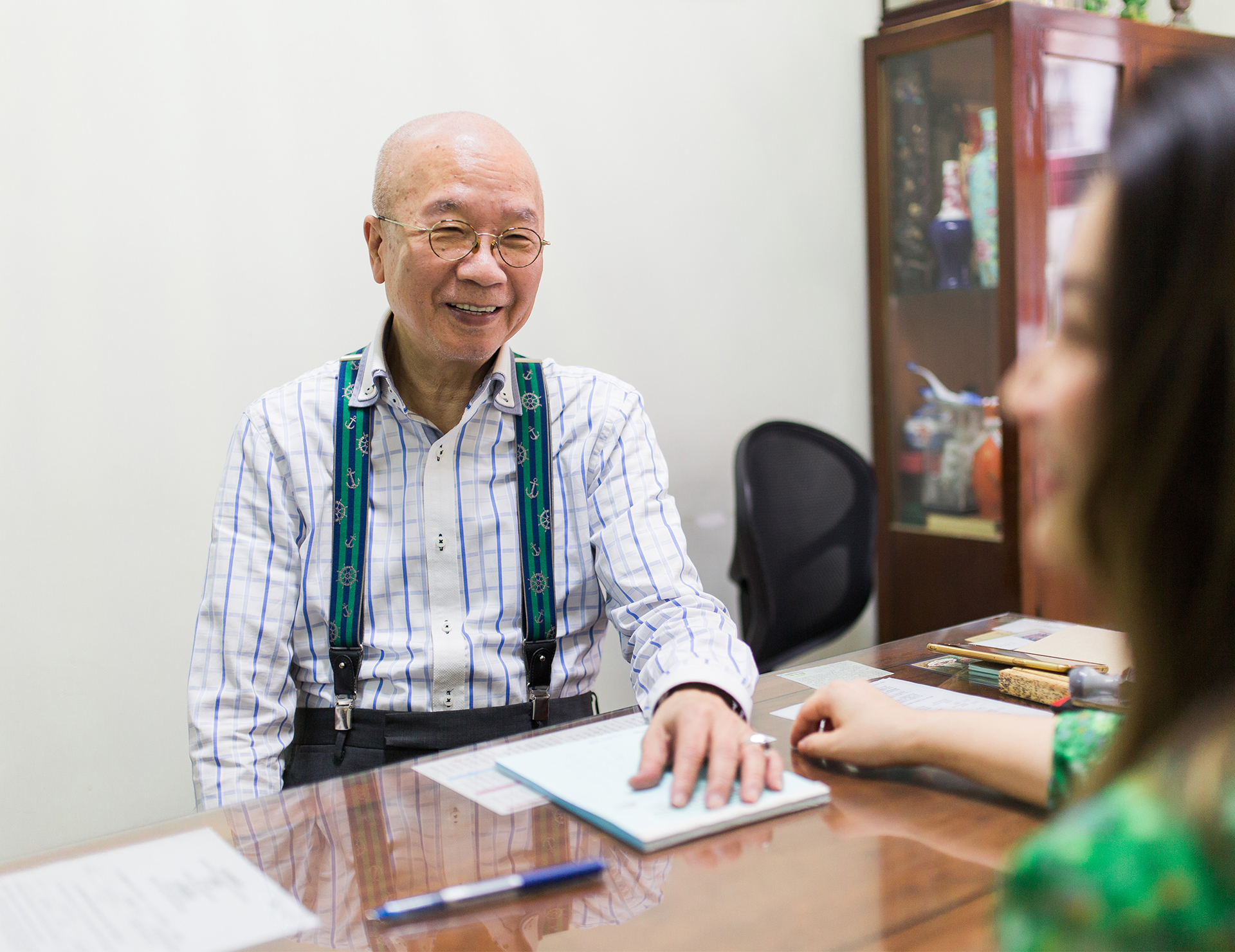