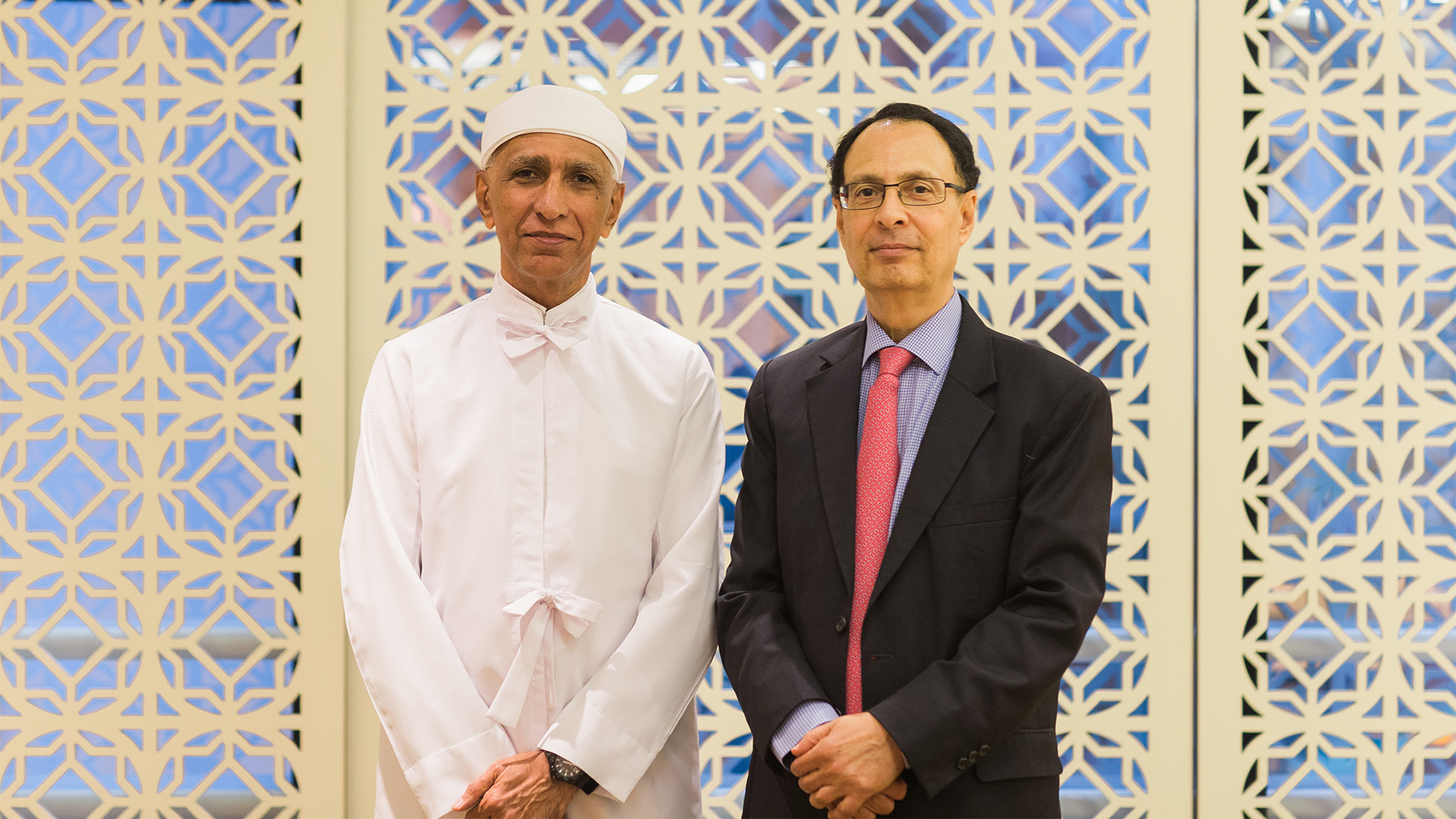 Zoroastrianism is known as the oldest practiced religion in the world: originating in ancient Persia over three thousand years ago, the monotheistic faith is rooted in the teachings of good thoughts, good words and good deeds, or humata, hukhta and huvarshta.

Many people will associate Zoroastranism with the fires that are always kept burning in their temples. “It’s important to point out that we don’t worship fire,” explains Ervad Homyar Nasirabadwala, who is the priest for Hong Kong’s Zoroastrian community. “We keep the fires burning in our temples to symbolise purity.”

The Zoroastrian community in Hong Kong are Parsis, which is the name given to followers of the religion who fled Persia in the 7th century CE and migrated to India. “Many people in Hong Kong don’t realise there’s a difference between Indians and Parsis. While there are around 40,000 people of Indian descent in Hong Kong, there are only 220 Parsis on average,” says Neville Shroff, President of the Hong Kong Zoroastrian Association. “Parsis first came to China in the 18th century, mostly as merchants. They followed the burgeoning trade routes of the time and made their way to Hong Kong.” 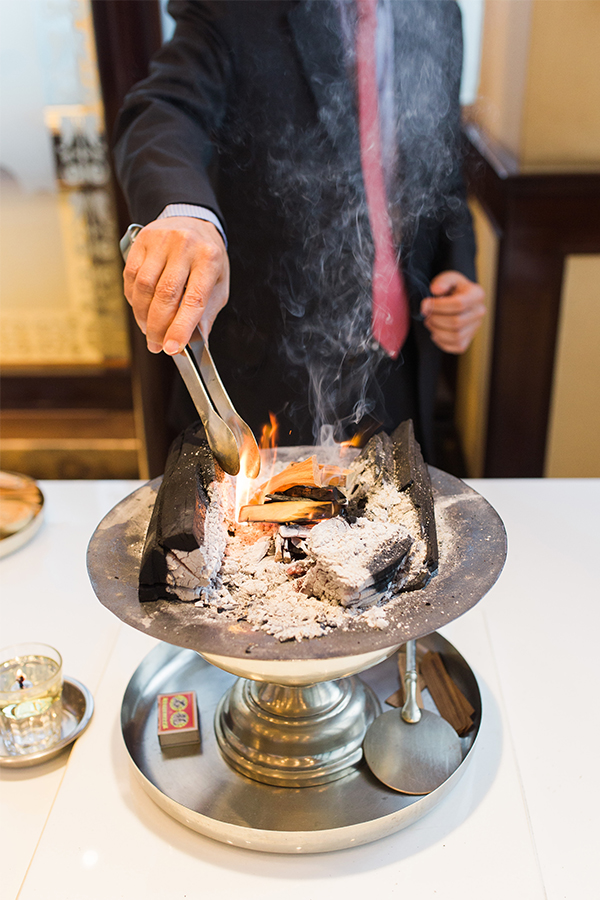 “Despite our small number, our community has made a huge impact on Hong Kong. There’s so much amazing history here.”

Many people are also unaware that the Parsi community has been integral in shaping the Hong Kong we live in today. Ervad Homyar recalls encountering a group of students at Hong Kong University who had no idea that the university they go to was initially funded by Sir Hormusjee Naorojee Mody, a Parsi merchant. “October 12 is Sir Mody’s birthday, so I went to pray at his bust in the University of Hong Kong’s main building. Students walking past had no idea that this was a statue of someone who had contributed so much to their education,” he says.

Mody Road in Tsim Sha Tsui was named after him, much as the Ruttonjee Hospital still bears the name of its founder, Jehangir Hormusjee Ruttonjee. Dorabjee Mithaiwala founded the Star Ferry in 1888. In fact, many of the streets and buildings in Hong Kong still bear witness to the influence of the Parsi community in Hong Kong: Kotewall, Bisney and Parekh among others.

“Despite our small number, our community has made a huge impact on Hong Kong,” says Neville. “There’s so much amazing history here. Our community was very entrepreneurial from the start, coming to Hong Kong by sailing boats and perishing in typhoons — that’s how adventurous they were,” he explains. 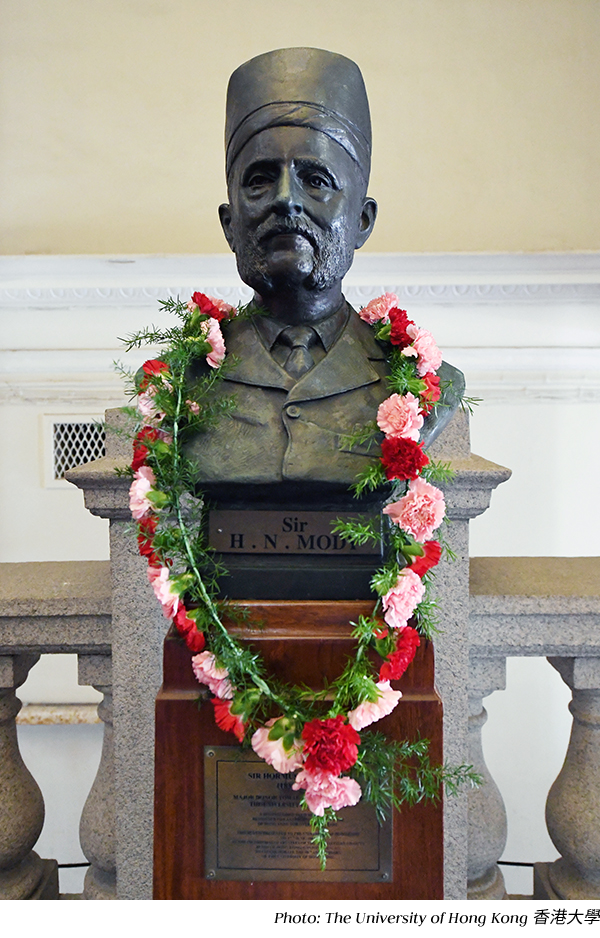 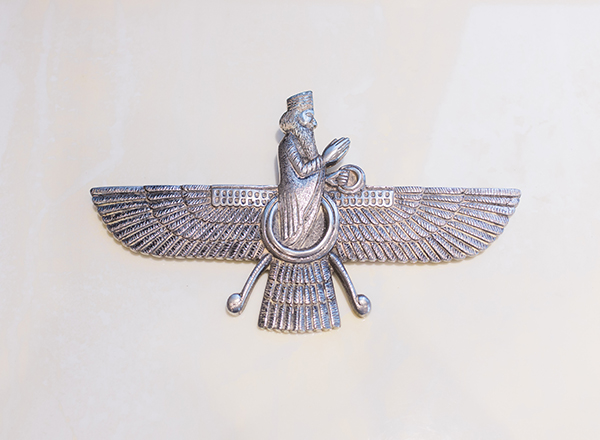 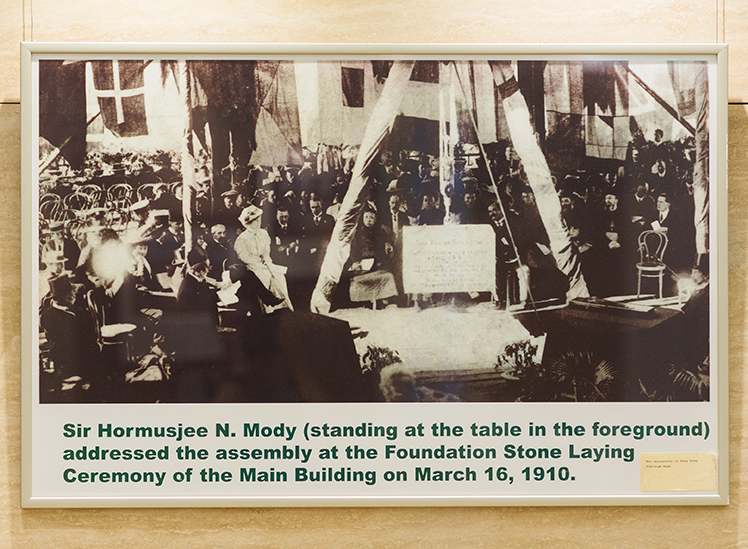 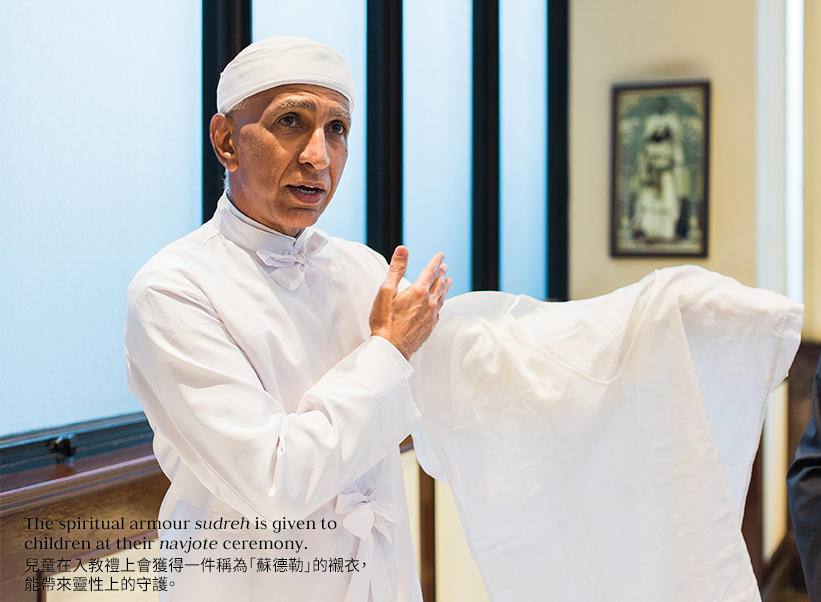 “One of the biggest parts of our faith is to do good deeds. We believe you should always help the underprivileged, no matter what status you have, and you should not look down on the less fortunate, but instead extend a helping hand no matter what.” 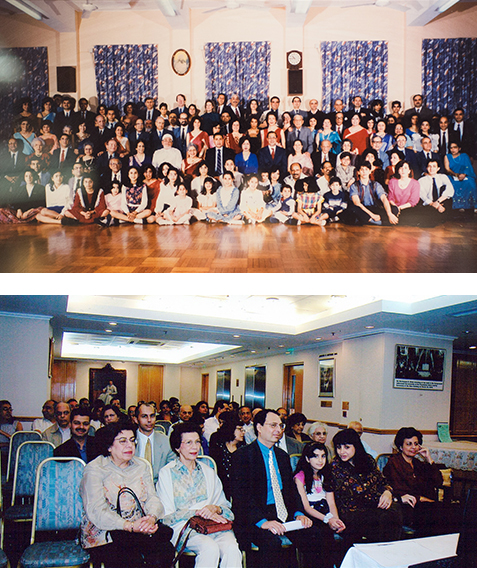 The community today centres around the Zoroastrian Building on Leighton Road in Causeway Bay. It was formerly a two-storey building built in the 1930s, but it was thoroughly renovated in 1993. It remains a social haven for the Parsi community, who meet regularly for prayers, social gatherings, weddings or navjote ceremonies, an initiation for children into the faith. The prayer hall is where Ervad Homyar conducts the ceremonies, and there are spacious areas for the tight-knit community to come together over meals and celebrations. “We have around three to four events per month, all free of charge, to bring the community together. We have an area for barbecues and a youth group too,” says Neville. “We accept people from everywhere else, so if a Parsi has a friend who wants to come to an event, we welcome and accept them.”

One of the most important ways the Parsi community reaches out is through its charity work. Today, the Zoroastrian community supports over 40 charities in Hong Kong, as well as other Zoroastrian communities around the world. “One of the biggest parts of our faith is to do good deeds,” explains Ervad Homyar. “We believe you should always help the underprivileged, no matter what status you have, and you should not look down on the less fortunate, but instead extend a helping hand no matter what.”

For Neville, the most important part of his role is ensuring the future of the community. “In Hong Kong, there’s no Ruttonjee, Mody or Mithaiwala left – their entire families have dwindled away. Our community is shrinking, and one factor is that many Parsis are marrying outside the faith. Technically, our religion doesn’t allow us to bring in non-Zoroastrians and the children of interfaith marriages are no longer considered Parsis,” explains Neville. “So the question is, how are we going to pass down our ancient traditions and continue them so we don’t cease to exist in 50 years’ time?” In conjunction with the leaders of other Zoroastrian communities around the world, Neville is driving the conversation in Hong Kong and overseas to find a way to balance orthodox beliefs and modern life to ensure their community can continue thriving.

In the meantime, both Ervad Homyar and Neville raise awareness through speaking engagements, while Ervad Homyar also leads classes for children to teach them the principles of Zoroastrianism. “Good words, good thoughts and good deeds seems very simple, but try practicing for a week and tell me how successful you are!” says Ervad Homyar with a smile.