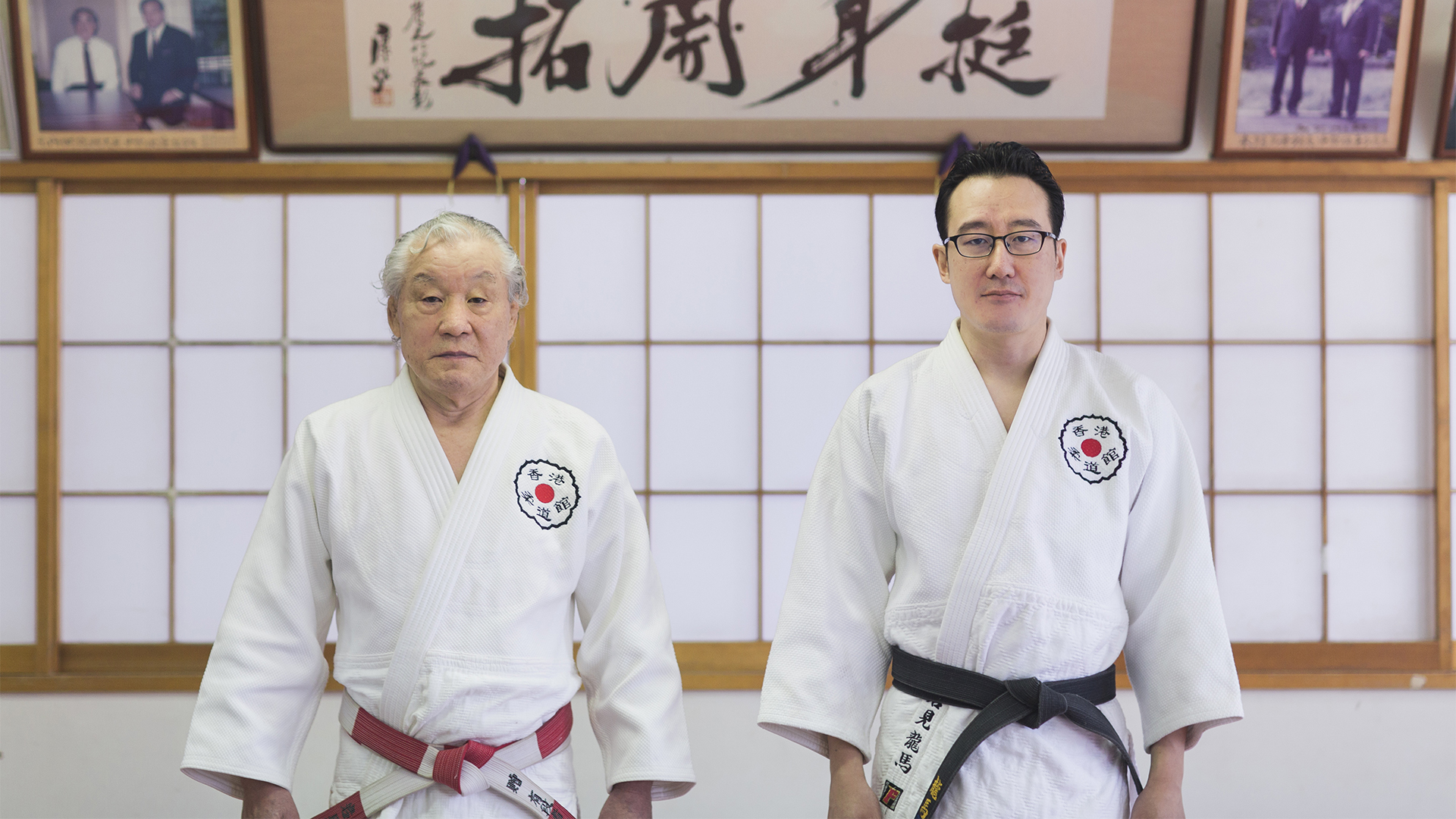 Over 50 years ago, Ryuma Iwami’s father Takeo came to Hong Kong with the desire to bring with him a part of Japan and its culture: judo. His dojo, Hong Kong Judo Kan, was established in Prince Edward in 1966, and later relocated to Causeway Bay. Their judo dojo is a family affair; even at over 80 years old, the stoic Takeo continues to teach judo alongside his wife Amy and Ryuma. “I became familiar with the dojo when I was three or four years old and have been practicing since then. I had no choice!” chuckles Ryuma.

His father Takeo was a competitive wrestler skilled in judo, and saw Hong Kong as an emerging city in the late 60s, and moved here from Japan. “At the time, he was looking for work to do, and he had to establish himself in Hong Kong to be able to make money and feed himself,” shares Ryuma. “Though he was better at wrestling, judo was a better art to teach in Hong Kong [to make money].” Takeo met his wife Amy when she came into the dojo for a class.

Causeway Bay was the ideal location for the Iwamis to set up their dojo, which is in the same building as their security company. “It is the heart of Hong Kong island, and people associate quality and professionalism with Causeway Bay, very much like Shinjuku in Tokyo. There are a lot of Japanese companies in this area too,” says Ryuma. “We’re very proud to be in Causeway Bay.”

Growing up in Hong Kong, Ryuma spent a lot of time in Causeway Bay and attended the Japanese school nearby. The department store Daimaru was a major landmark in the area and along with the myriad of bars and restaurants from Japan, Causeway Bay became a hub for Japanese culture in Hong Kong. “The Japanese school was in Happy Valley, so a lot of housewives would come to Causeway Bay to do their shopping at Daimaru. Causeway Bay has surprisingly stayed the same in most areas, the buildings have just changed and gotten taller but its essence is unchanged.” “The dojo is a very international place. I would say the proportion is half French students, 20% Japanese, 25% Hong Kong Chinese and the rest are Caucasians from different countries.” 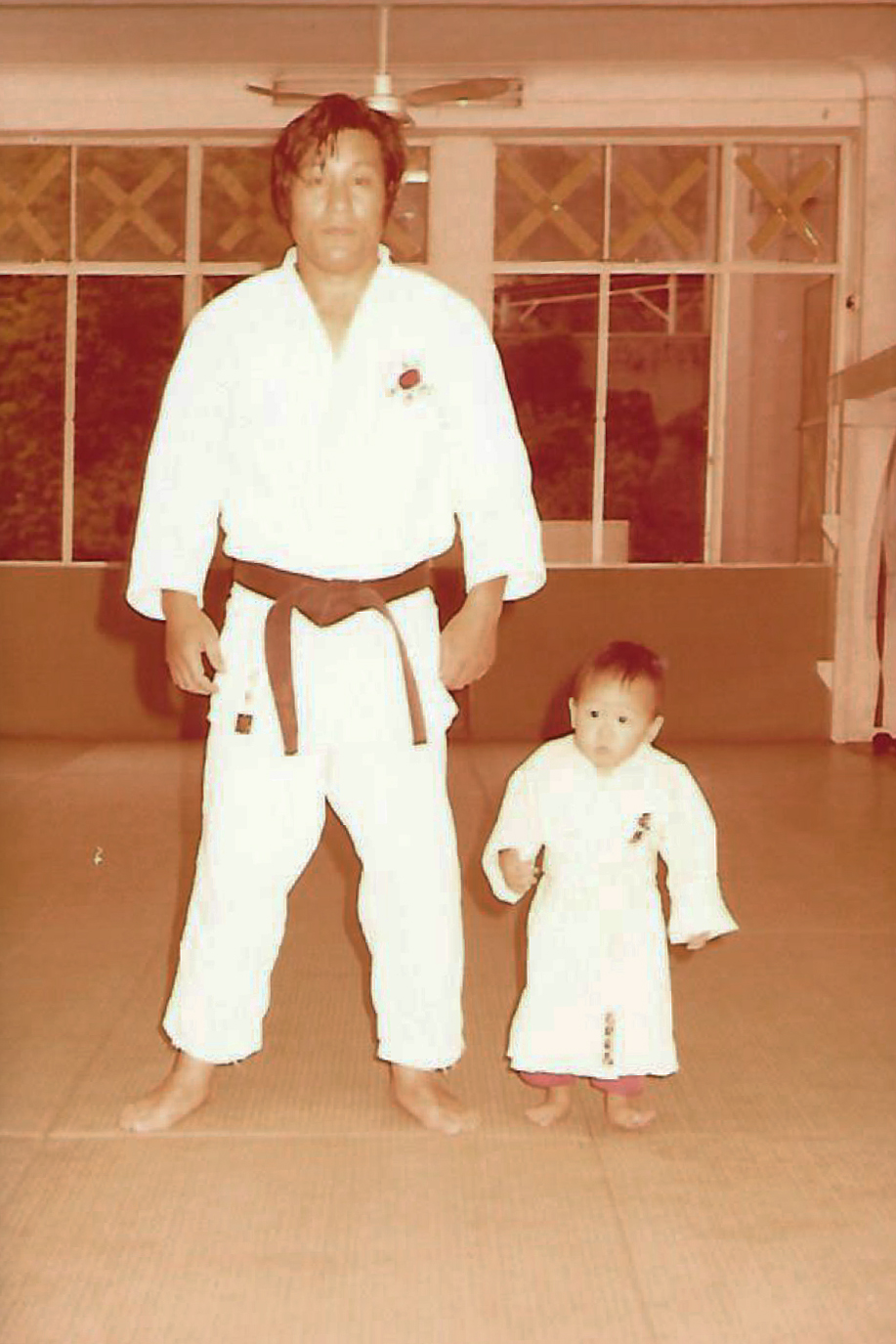 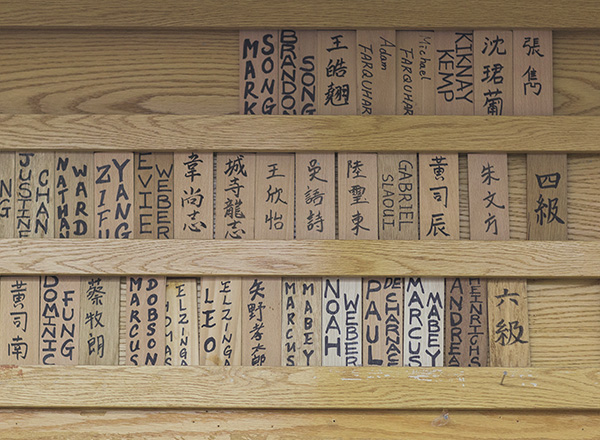 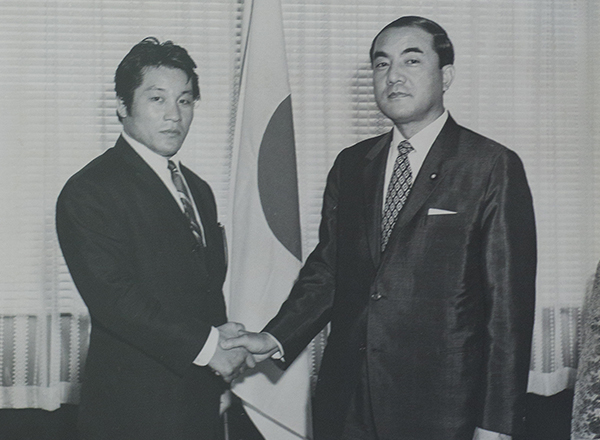 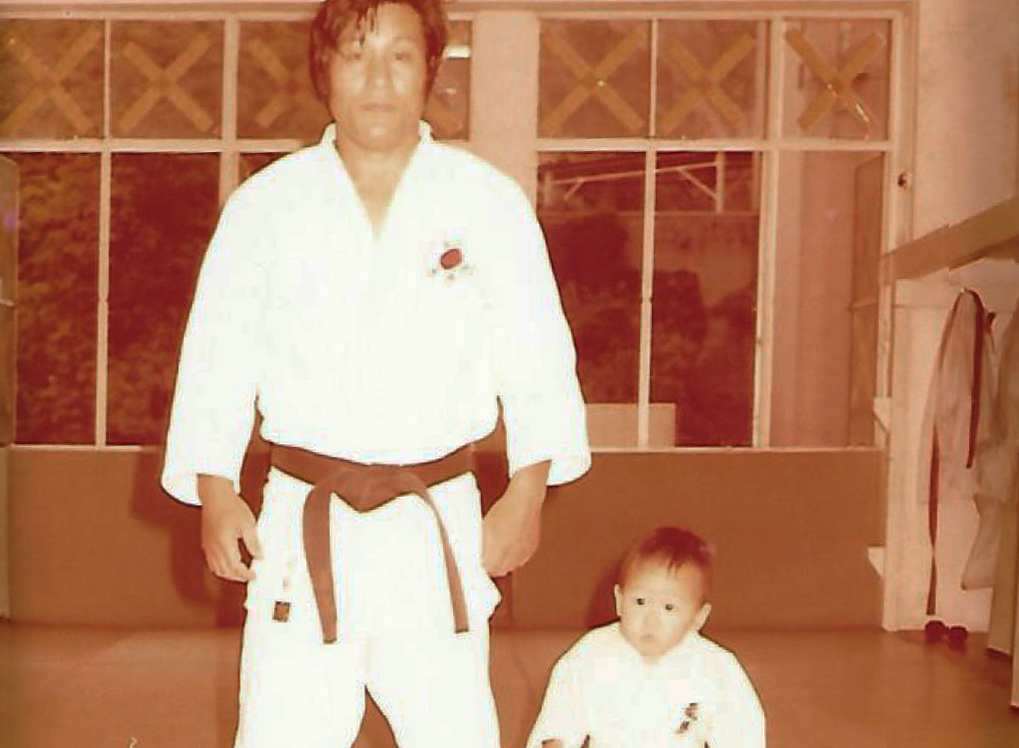 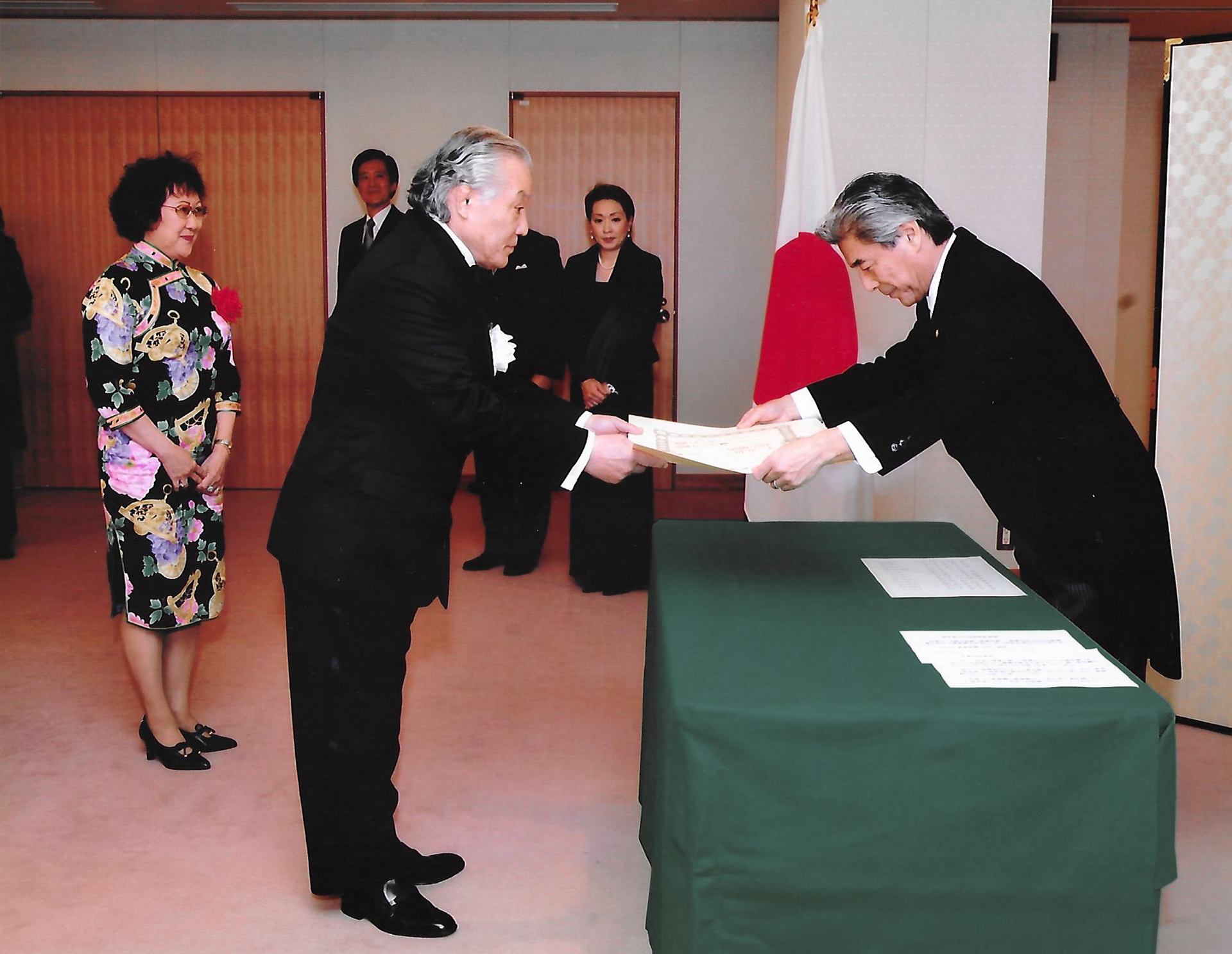 “Judo is about discipline, respect and dignity. There’s less hitting than in other martial arts.”

Hong Kong Judo Kan is still in Causeway Bay, where Ryuma and his parents teach a wide range of students. “The dojo is a very international place. I would say the proportion is half French students, 20% Japanese, 25% Hong Kong Chinese and the rest are Caucasians from different countries,” he explains. “We speak English in the dojo.” Outside of Japan, judo is very popular in France and Ryuma surmises that it’s possibly more so than in Japan.

“We have around 70 students who are children and 70 who are adults. We accept people from all skill levels, too,” says Ryuma. For him, judo’s value lies in the regimen it teaches anyone, of any age. “Judo is about discipline, respect and dignity. There’s less hitting than in other martial arts, and you don’t get bruises that much as it’s more self-defence tactics where you throw and lock people. You will have to learn to fall, for example – judo helps you learn how to fall without getting hurt or banging your head.”

In 2008, after his family’s many years of dedication, Takeo was conferred with “The Order of the Rising Sun, Gold and Silver Rays” by the Emperor of Japan, which was presented to him by the then Minister for Foreign Affairs, Hirofumi Nakasone.

“It is a huge honour,” says Ryuma. The award recognised his efforts in promoting the relationship between Hong Kong and Japan through judo – Takeo’s objective when he arrived in Hong Kong over half a century ago. 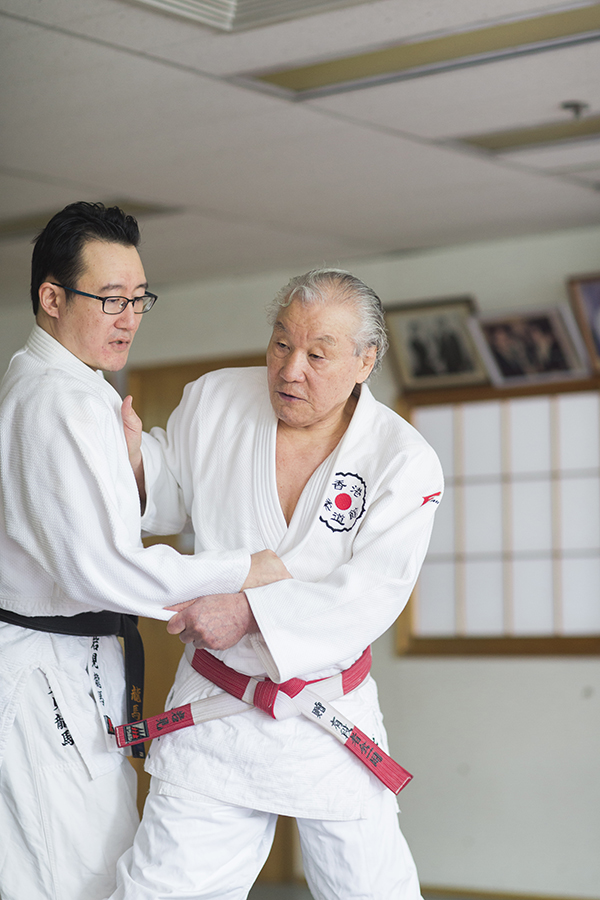