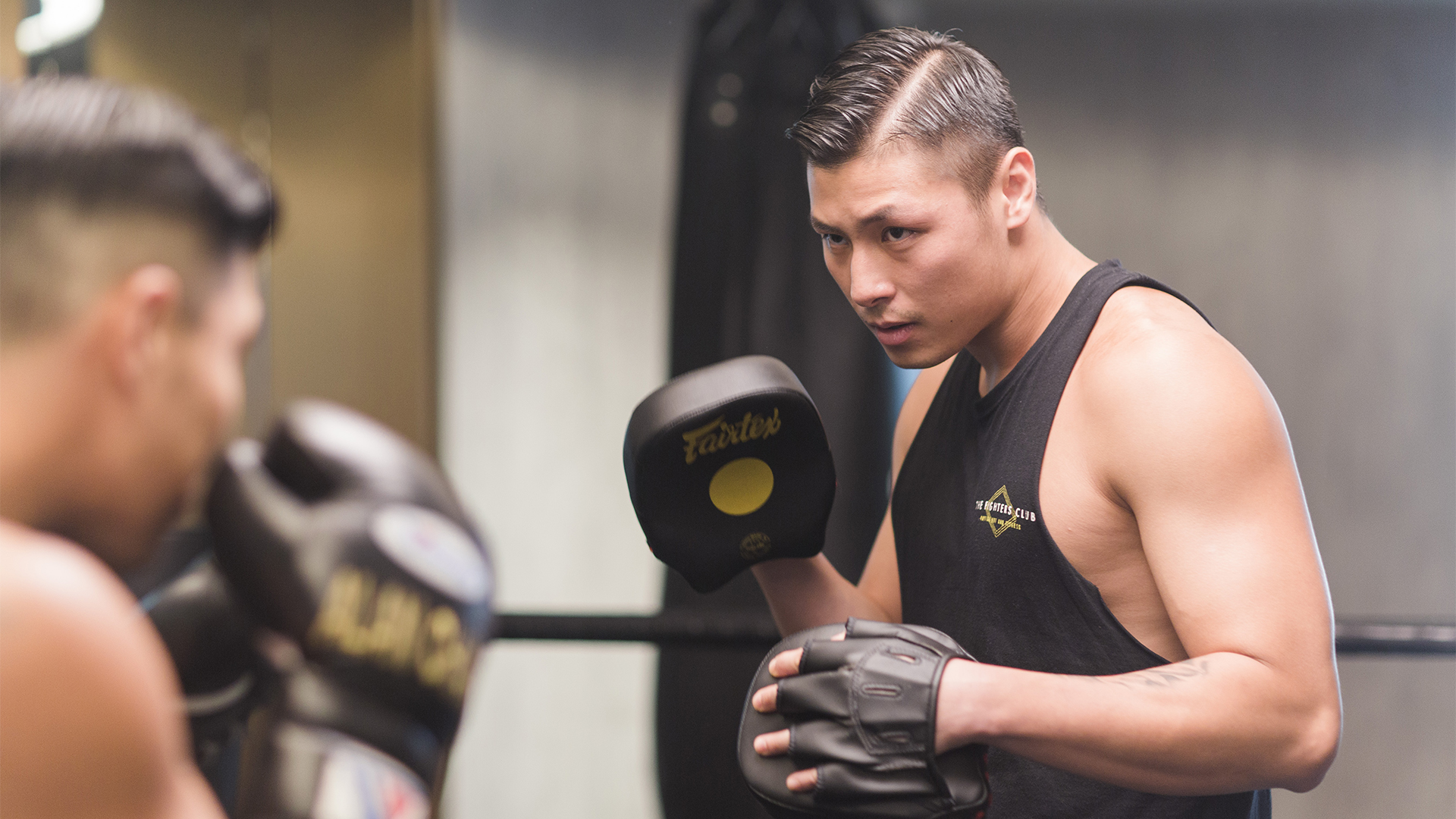 If it were up to Jimmy Leung, he’d have begun his martial arts training when he was a little kid. But the biggest adversary to his plan wasn’t some opponent in the ring – it was his own mother. “My mother never let me sign up for martial arts when I was small. The thing is she was scared I’d practise on my little sister,” he laughs.

However, when he was 14, he knew he had to study martial arts. He became obsessed with learning Wing Chun, Bruce Lee’s favoured style. The trouble was, the best studios were over in Kowloon, and his mother didn’t want her young son travelling by himself all the way from their home on Hong Kong island over to Mongkok. But he persisted, and eventually she let him enrol in a class, but at the local YMCA downstairs from their apartment.

That first taste was all he needed. He revelled in the sport and by the age of 16, he discovered Thai boxing, which became his passion. He showed early promise – after only a month of training, he was asked to take part in his first ever competition. “I still remember my opponent. He was big and strong and fought like I owed him money!” he laughs. “He kept chasing me around the ring, and I kept running away. That’s basically my memory of that first fight.” 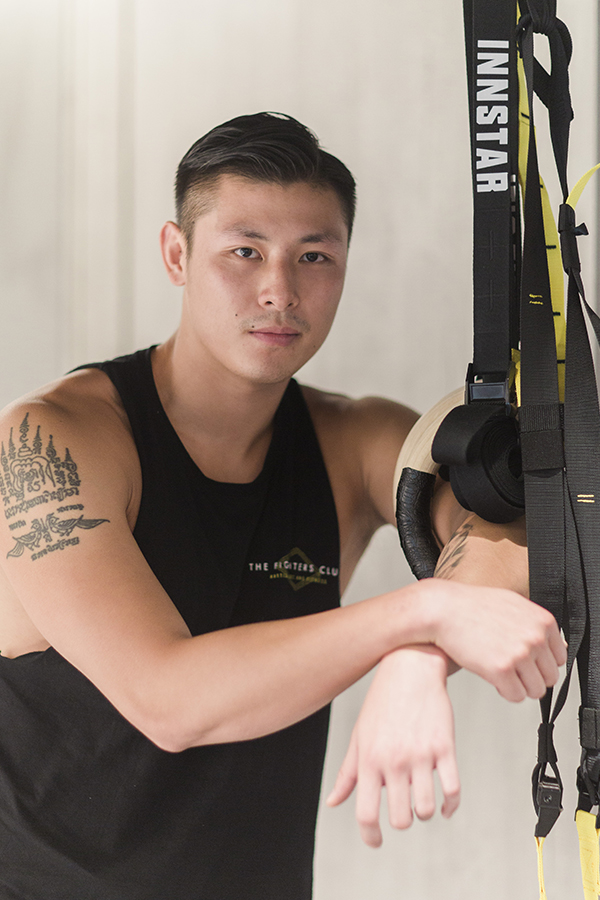 “I still remember my opponent. He was big and strong and fought like I owed him money! He kept chasing me around the ring, and I kept running away. That’s basically my memory of [my] first fight.”

“We were like a family there. He treated me like a brother, and he really helped me to understand a lot about life as well, and inspired me in the way I run my gym today.”

After that though, Jimmy trained hard, going every day after school, even joining a tougher gym all the way over in Sha Tin that belonged to his master’s master. Before long, he was living and breathing Thai boxing, training deep into the night, even having his meals there. Although he trained at a number of different gyms over the years, one place that stands out was the gym on Pak Sha Road in Causeway Bay that had been opened by one of his master’s apprentices. “We were like a family there,” he says. “It was quite small, and he even lived in a room at the back of the gym in the beginning. He treated me like a brother, really. I ended up becoming a trainer there, and he really helped me to understand a lot about life as well, and inspired me in the way I run my gym today.”

In 2016, Jimmy opened up his first THE FIGHTERS CLUB in a space in Wan Chai. It was a new concept in Hong Kong, bringing an unexpected level of design and sophistication to a boxing studio. “In Hong Kong, there are a lot of boxing studios but a lot don’t have great environments,” he explains. “I’ve worked in the larger gyms too, where the environment is better, but there boxing plays only a small part. My idea was to elevate boxing and make it into more of a high-end sport.” 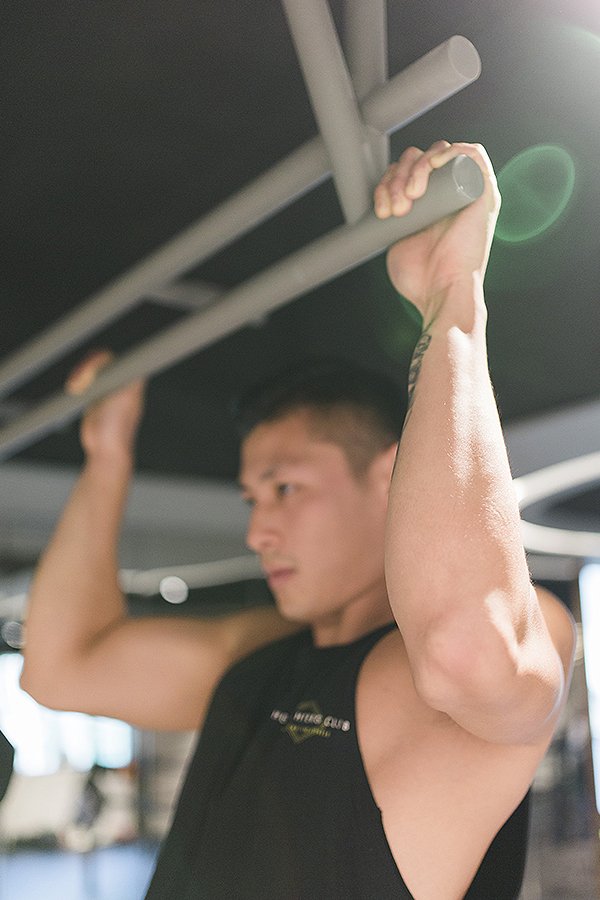 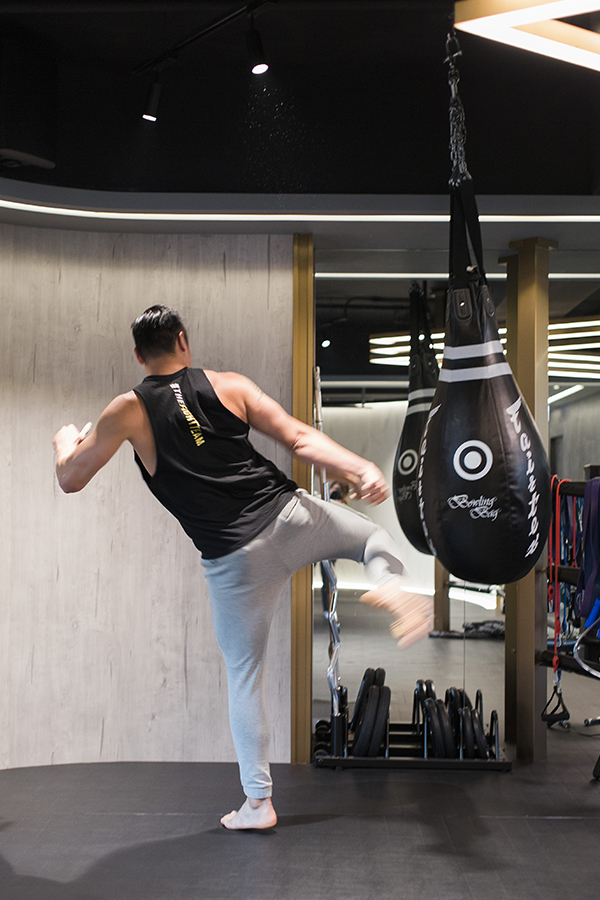 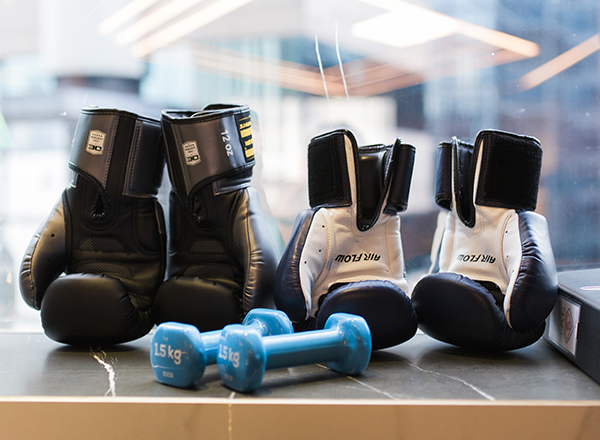 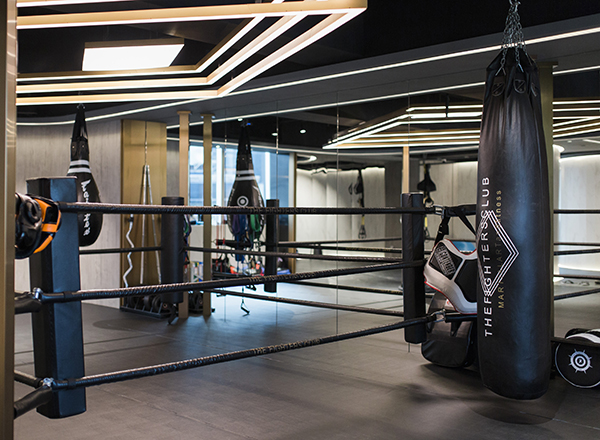 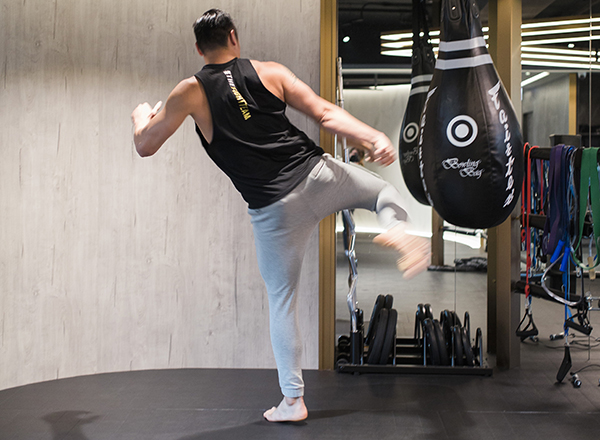 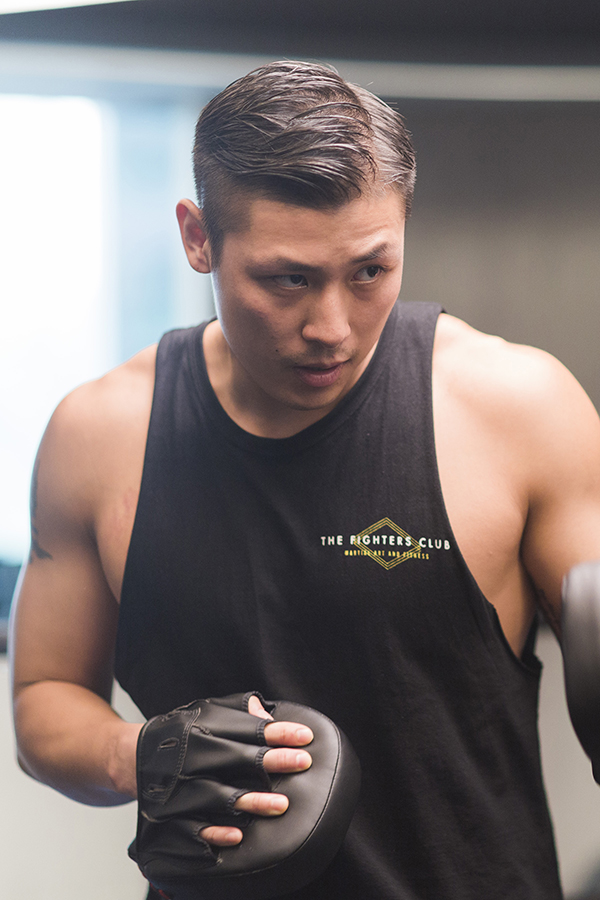 He’s been able to bring together many of the trainers that he has worked with in the past as well, giving the studio that sense of family he has always enjoyed. “It’s difficult to be a boxer in this town: you can’t earn a lot of money and it’s not enough to support you, unless you also have a full-time job. I was tired of seeing the difficulties that boxers have to endure to make a living in Hong Kong, so what I wanted was to create a space where the image of the sport could be elevated, and where those who live and breathe boxing could chase their dreams without having to worry too much about making a living. The trainers I used to work with are all so passionate about this sport, and they wanted to be able to do it full-time. I’m lucky that so many of my former colleagues wanted to support me by coming to work with me. As a result, we’ve got a really professional and experienced team.”

In 2018, he opened his second studio, this time in Causeway Bay in the Lee Gardens area. “It made sense because I know the area really well: I grew up here, I used to train here, I’ve worked in some of the bigger gyms here, and I even live nearby too,” he says. “Also, the people who train here are really interesting. There are office workers, of course, but we also have a lot of local residents from here or Happy Valley. It’s a great mix of people, which helps create that feeling of being part of a family.”

Even when he’s not working, he loves to hang out in Causeway Bay. “It’s so varied – even from street to street. It can be crowded down one street, then you turn the corner and it’s really high-end. I love that mix.” His favourite place in Causeway Bay, though, has remained unchanged since his childhood: “I love the Shanghainese café in Jardine’s Bazaar. I’ve been going there since I was really young – I loved how it was open twenty-four hours so I could stay there till late – and I really love their sticky rice!”