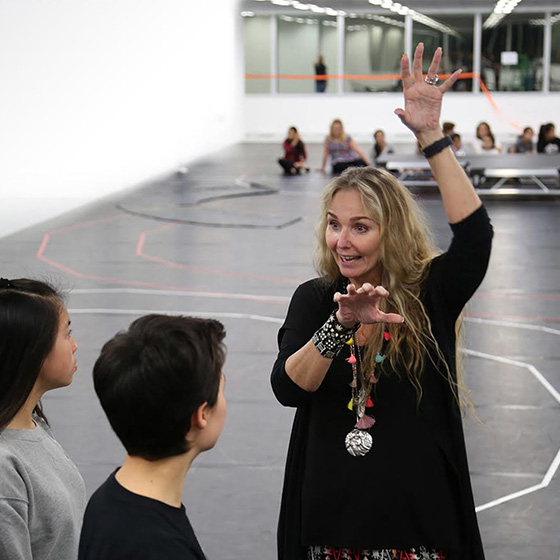 If there is such a thing as kismet, Lindsey McAlister believes it’s what brought her to Hong Kong. Nearly 30 years ago, the young British arts worker took a year off to backpack around Asia. “We travelled in Bangladesh, India, Pakistan, over the Khunjerab Pass into China and over the Silk Road down into Hong Kong,” she recalled. Hong Kong was a convenient stopover; McAlister had a friend who had married an officer on the Royal Hong Kong Police, so she had a place to crash. and she didn’t intend to stay long. As soon as she arrived, however, she felt something special.

“The moment I put my foot on Hong Kong soil, I had this ‘clouds passing, angels singing’ sense of – this is where I was supposed to be,” she says. “I had this incredible feeling that Hong Kong was going to be magical for me. And it really has been magical.”

Lindsey looks like the kind of person who cuts her own path. With long blonde hair, a wardrobe of colourful Indian scarves and a large collection of extravagant jewellery, she is hard to miss. “I adore colour!” she exclaims. “Most days I shall be wearing something bright.” Every morning, she plucks some of the earrings, rings and necklaces that festoon her bedroom walls. And then she gets to work.

Lindsey is the founder of the Hong Kong Youth Arts Foundation (YAF), which teams up with students across the city to stage theatrical productions, visual art workshops and the Arts in the Park Mardi Gras – a huge, exuberant festival that takes place every November in Victoria Park.

“Our mission statement hasn’t changed since we started 25 years ago,” she says. “I want to empower young people through the arts.”

Lindsey had been drawn to theatre early in her childhood in the United Kingdom. “I love creating something from nothing,” she says. “Initially, I wanted to be a performer, but early on I realised I was rubbish and found that directing was my forte – to suit my bossy personality.” she laughs. 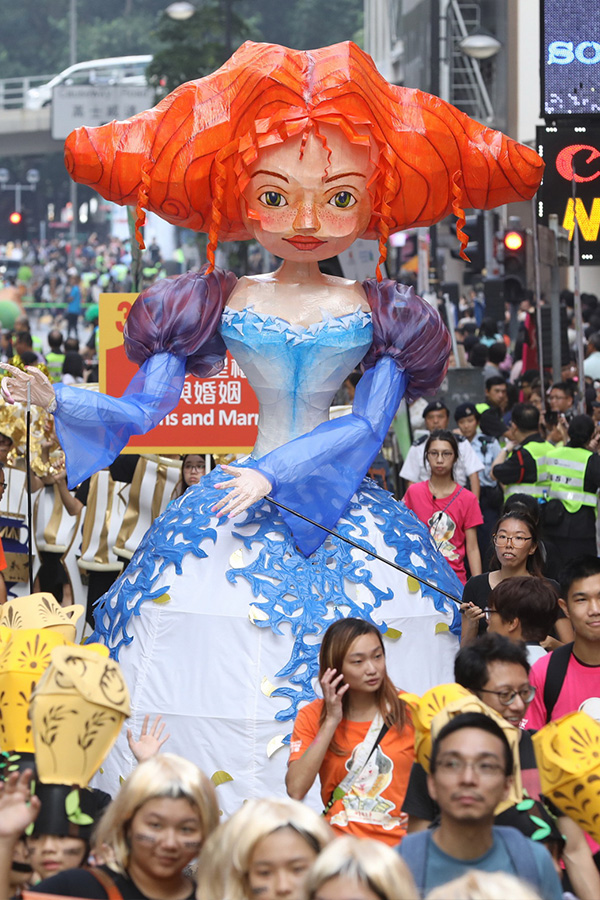 “The moment I put my foot on Hong Kong soil, I had this incredible feeling that it was going to be magical for me. And it really has been magical.” 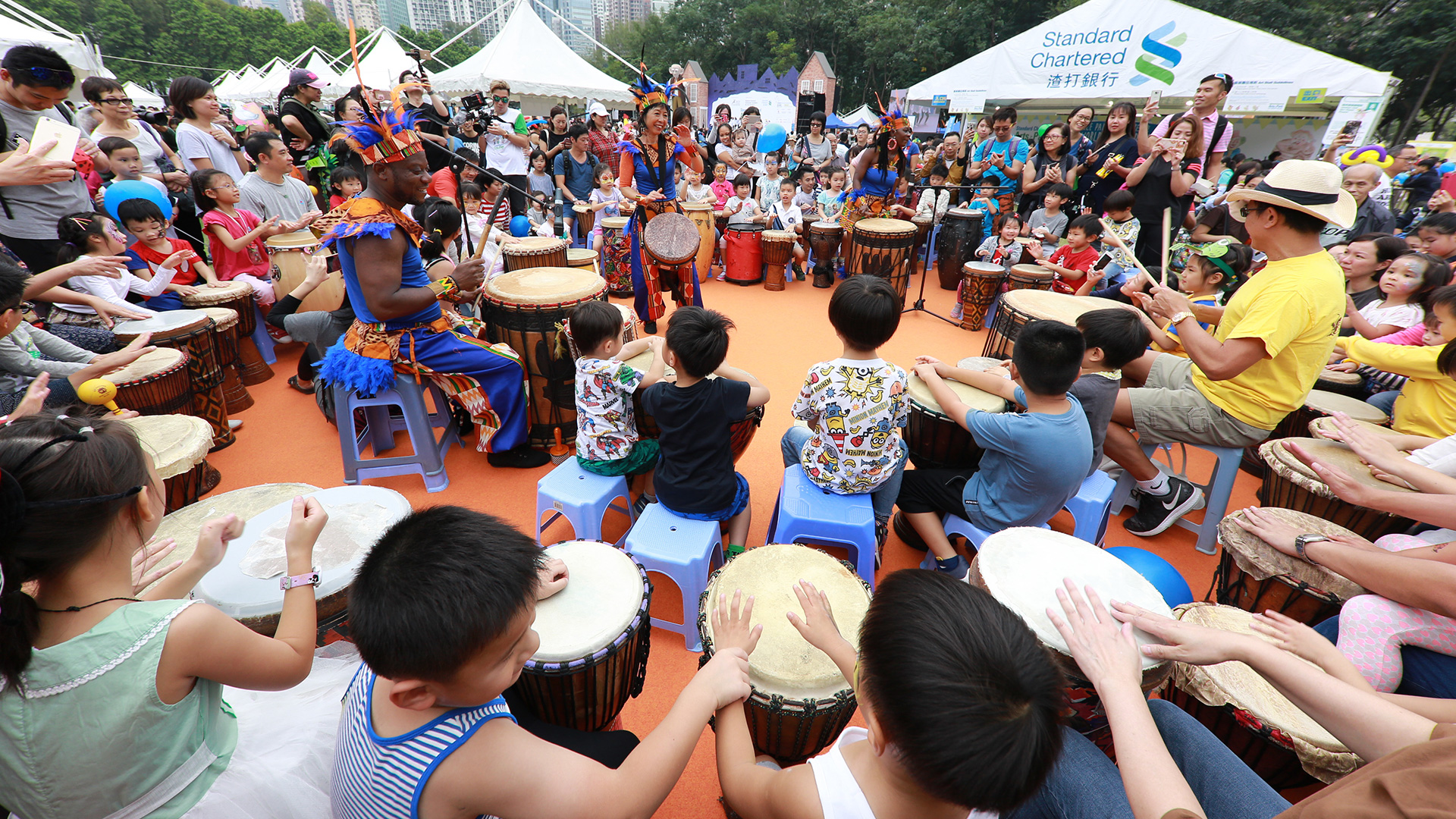 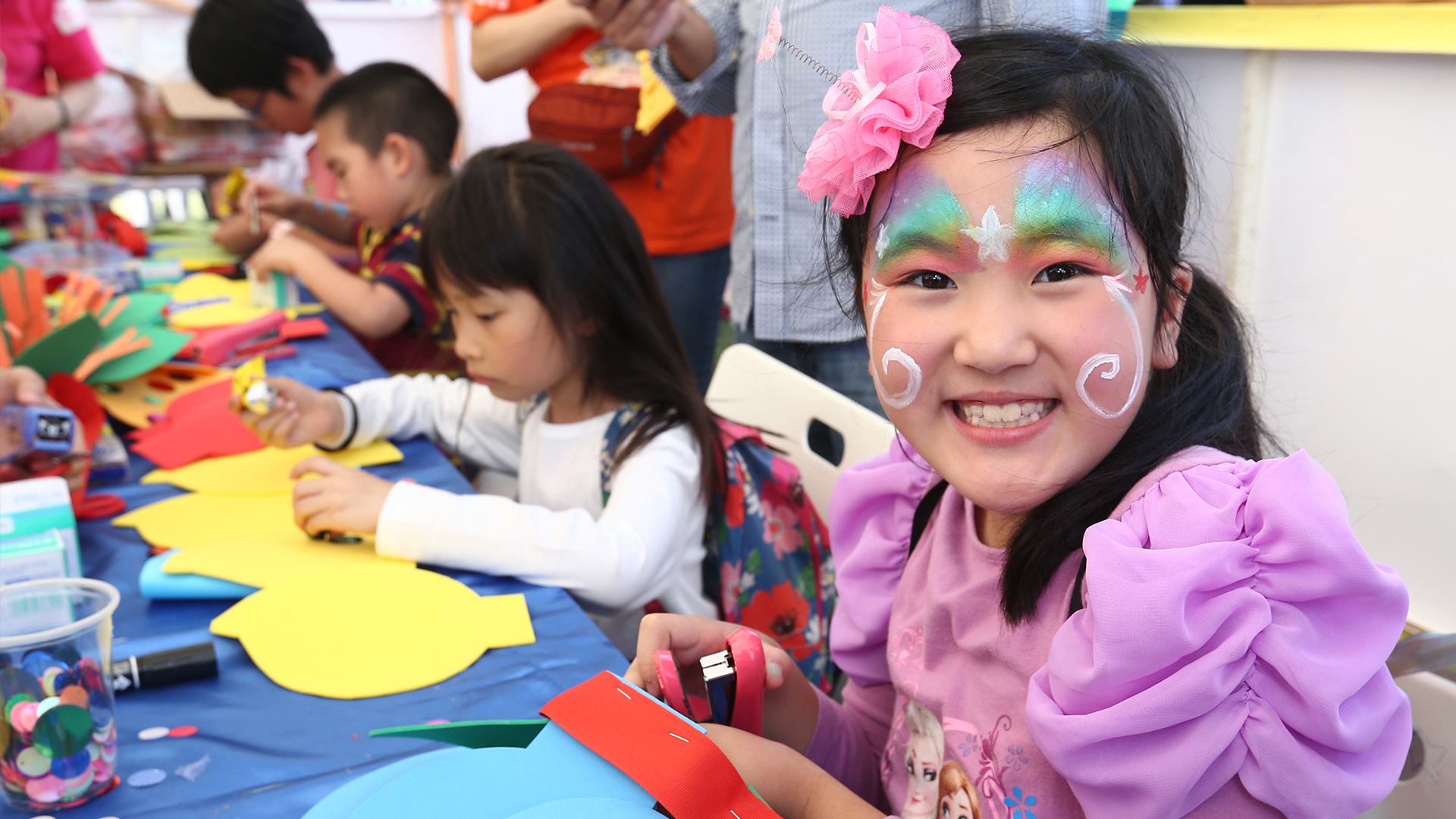 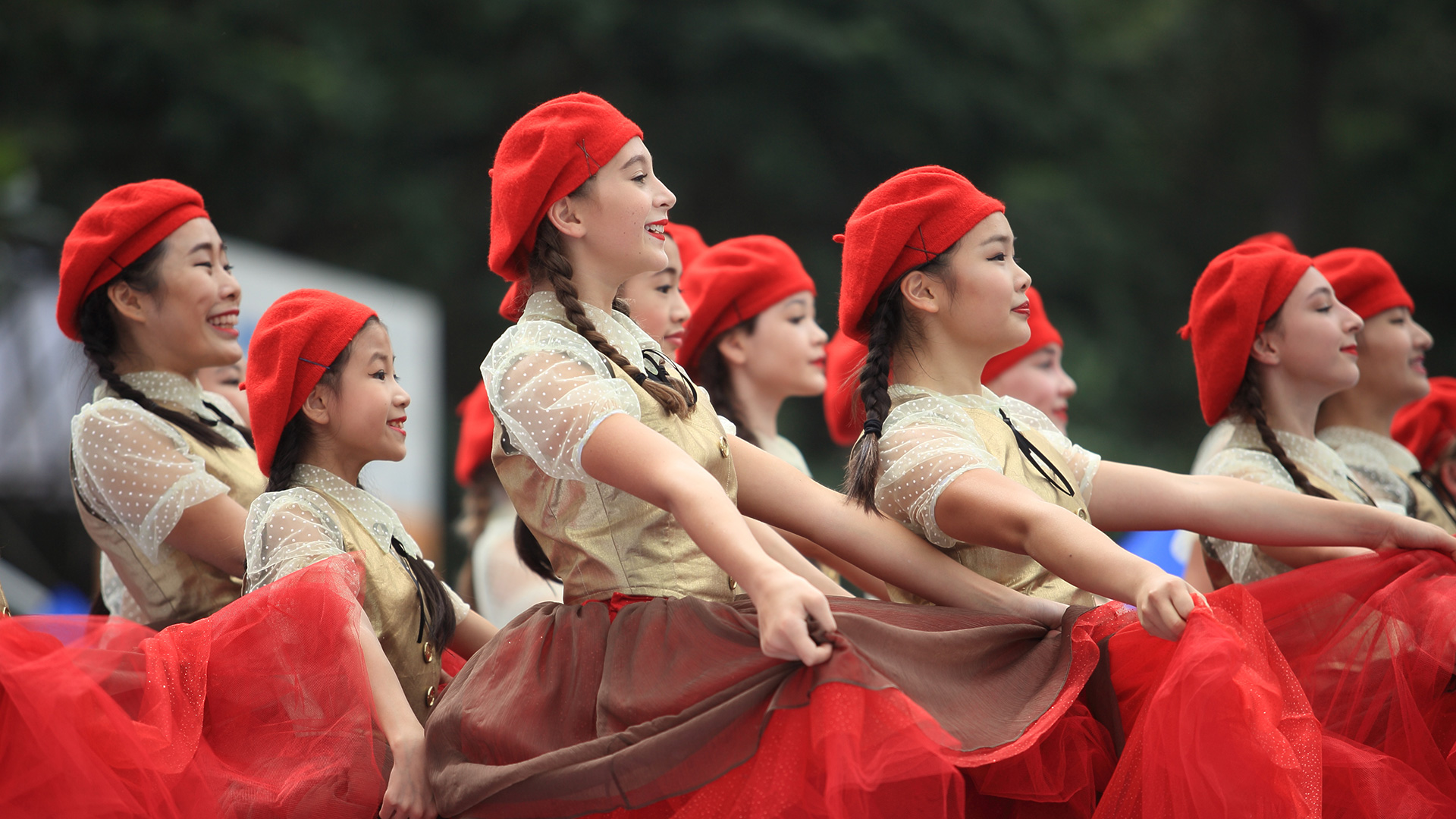 At first, Lindsey taught English in a kindergarten and choreographed fashion shows, but it wasn’t long before she met the principal of Quarry Bay School, who invited her to become an artist-in-residence that helped students explore their creativity. She began running workshops and classes throughout the English Schools Foundation system and before long, Lindsey wished she could expand her efforts to a wider range of local schools.

“Wouldn’t it be exciting if all the work being done in these different schools and different communities had a platform where they could come together and share on a higher level?” she wondered. “That’s when I started thinking of a youth arts festival. That’s when I thought, ‘Ah, that’s why I’m here!’”

Lindsey says she was “young, naïve and idealistic” – exactly the right combination of qualities to launch a festival from scratch. “I didn’t really think about any of the things that could go wrong,” she says. Early on, she met Po Chung, founder of the DHL shipping firm, and she pitched her idea to his board, hoping for sponsorship. “They thought I was a bit green,” she says. Undeterred, she went to Standard Chartered Bank and asked for a loan. “I wore them down and wouldn’t leave until I got an overdraft,” she says.

After Lindsey had sent out all of the promotional material for the first festival, she got a call from Po Chung who asked how she had managed to do it. When told she had taken out a loan, he invited her to his office, asked how much she had borrowed and wrote a cheque for that amount. He then asked how much she needed to run the event. She told him – and he wrote another cheque.

“That was a wonderful affirmation that if you want something badly enough and you know it’s the right thing, get off your bum and make it happen,” she says. The first festival was a success.

Since then, the event has grown to span two days of events in Victoria Park, with live storytelling, drum circles, stalls where kids can make their own masks and headdresses, performances by 70 youth groups and two parades – one at night and one during the day – when giant puppets roam the streets of Causeway Bay.

“The night parade is very magical because it’s all illuminated. I can remember the very first time, I was crying as we were walking. I felt so touched by this amazing show of public support.”

“We had squillions of people out near Lee Gardens and surrounding areas wanting to share this creativity.”

By 2006, the festival had grown well beyond the celebration in Victoria Park. “We work with 800,000 members of the community every year,” says Lindsey. “It was almost like having a festival 365 days a year.”

Since Lindsey started YAF in 1993, more people in Hong Kong have embraced the arts not simply as a diversion but as a central part of life. Parents who were once concerned their kids would suffer academically from taking part in an arts festival now realise it helps them develop the creativity and critical thinking skills that are necessary to thrive.

“The life skills they learn through being involved in the project gives them self-confidence, collaborative skills and the ability to organise their time efficiently,” says Lindsey. “Whether you grow up to be a journalist, a bank manager or a prima ballerina, these are skills you will need in your life.”