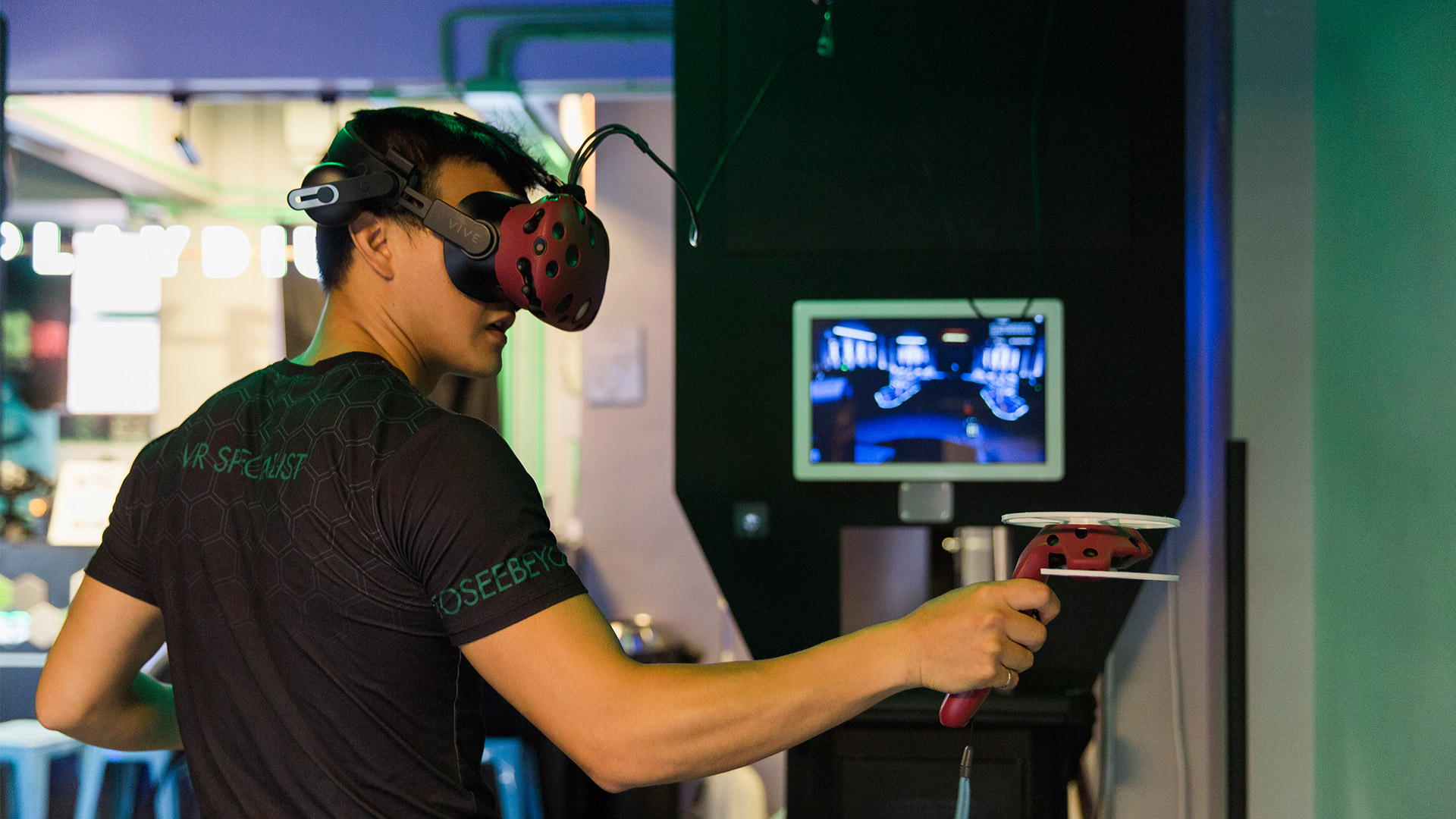 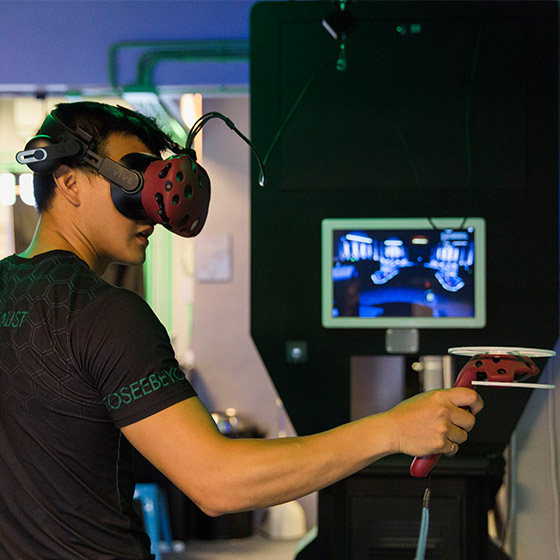 Don’t call Playdium an arcade – it’s a “virtual reality experience studio” where you can play fully immersive games with the help of top-of-the-line Razer computers and HTC Vive VR goggles. Founded by Albert Yau, Darren Lo and Paul Tang, it opened last year as Hong Kong’s first VR destination, but it was quickly followed by several others – most of them in Causeway Bay, which has become the city’s VR entertainment hub.

“Causeway Bay is the centre of Hong Kong, and there are lots of restaurants and shops but not enough places to hang out,” says Lo. “With VR you can take a quick hour or even a half hour to play games before dinner and drinks.”

Lo, Yau and Tang all have diverse backgrounds — Lo studied engineering, Tang is an architect and Yau is an entrepreneur — but the three friends all agreed there was a great future in VR. “Albert was our mastermind,” says Lo. “He runs an escape room business that now has franchises in 10 countries. So we gathered some money and started Playdium.”

They were lucky enough to find a spot on a prime corner location at Cannon Street and Lockhart Road. If you make your way up to the second-floor studio, you’ll encounter a collection of screens and equipment. Strap on a pair of goggles and you will soon find yourself immersed in an animated world. In a boxing game, the pair of controllers in your hands is transformed into boxing gloves, and your time in the ring feels almost a strenuous as real life – without the pain of actually being hit, of course. 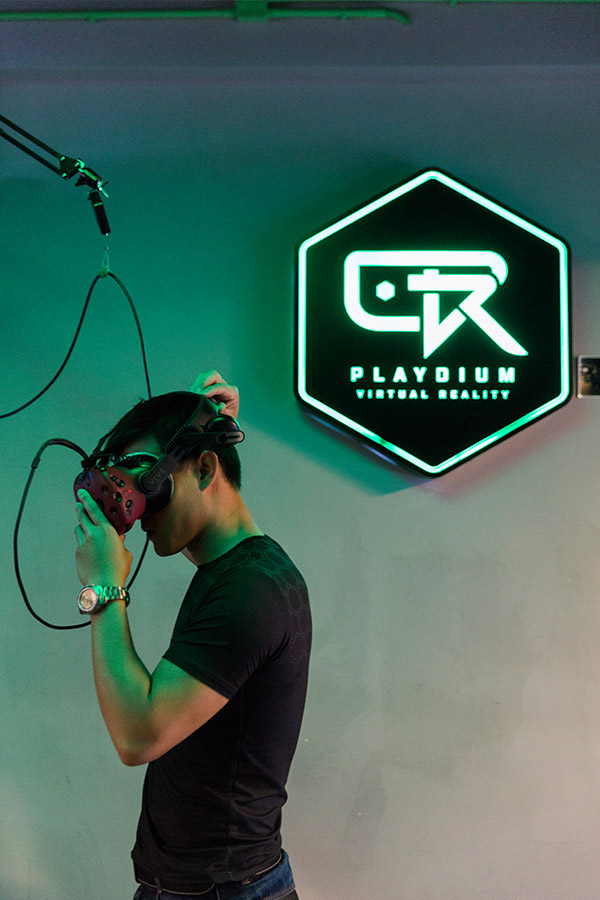 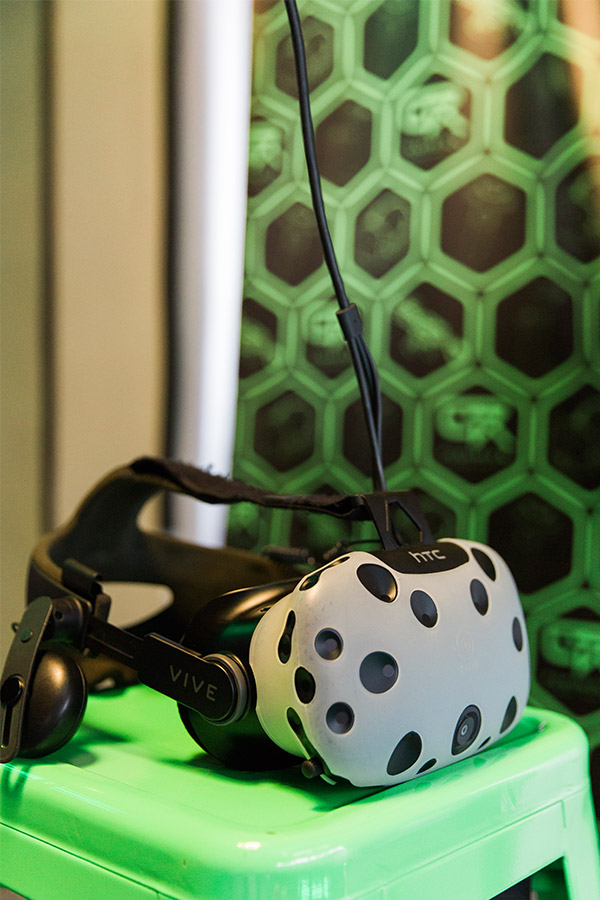 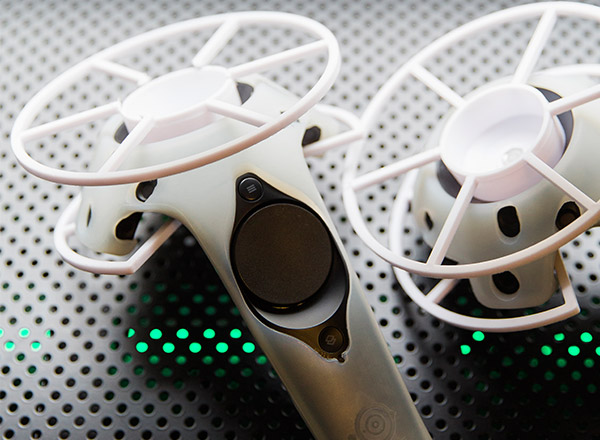 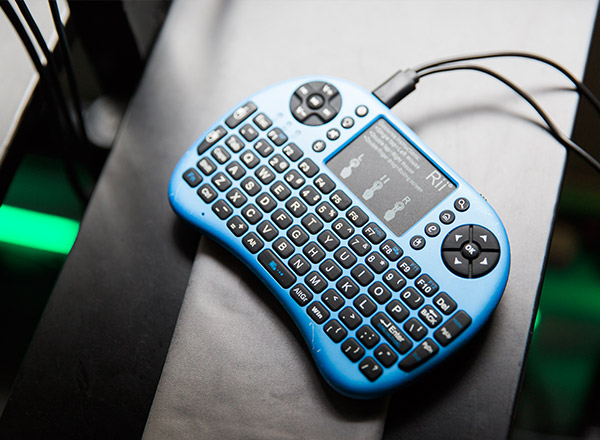 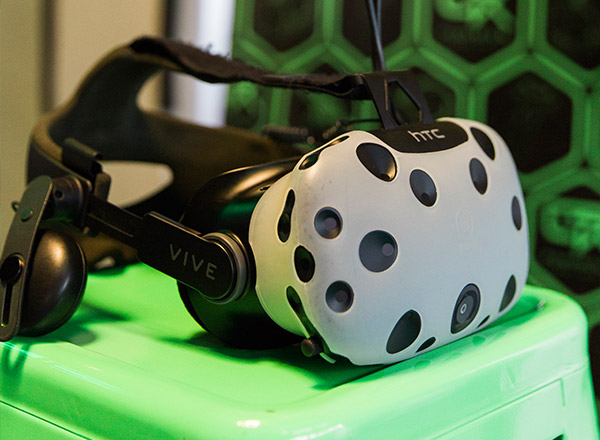 “Virtual reality has great potential in many different forms. You can start with gaming, but you also have reality experiences from professional training all the way to education and therapy.”

“Causeway Bay is the centre of Hong Kong, and there are lots of restaurants and shops but not enough places to
hang out.”

“Our most popular games are first-person shooters – you can fight against zombies in a team or against artificial intelligence,” says Lo. But they aren’t all shoot-em-ups. There is a “plank experience” that allows you to tiptoe across a piece of wood balanced high above the ground, a 3D painting experience and dodgeball, which is particularly popular with kids. “There’s no age limit for dodgeball,” says Lo.

Lo says he wasn’t much of a gamer when he was growing up, but he now enjoys fighting zombies “because it allows you to play with a team,” he says. But he especially likes the painting experience. “Gaming is supposed to be exciting but sometimes you just want to relax in a VR environment.”

Playdium plans to expand from its roots in Causeway Bay. “Right now we’re just touching the tip of the iceberg,” says Lo. “Virtual reality has great potential in many different forms. You can start with gaming, but you also have reality experiences from professional training all the way to education and therapy. That’s why we decided to join the VR force.”