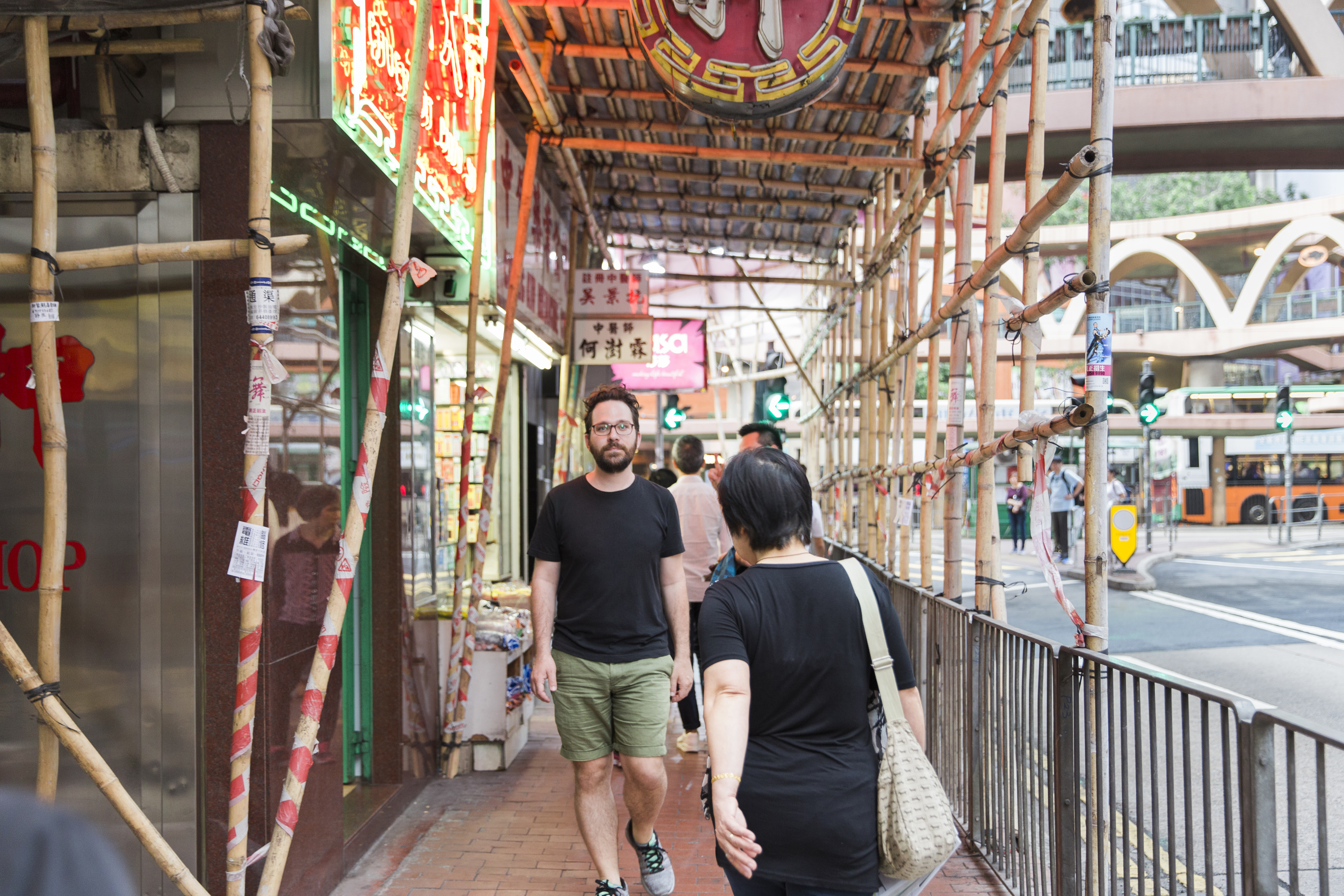 Ever since he was a teenager, Christopher DeWolf has been fascinated by cities: “I’ve always been interested in them and what makes them tick.”

It makes sense then that one of the world’s most fascinating cities has been the subject of his writing for a number of years. The journalist and photographer first visited Hong Kong in 2005, where he discovered the city had more to it than skyscrapers and shopping malls. One of the neighbourhoods he visited during this trip was Causeway Bay.

“We exited the MTR from Sogo; it had been pouring rain that day and it was as crowded a place as I had ever seen,” he recalls. “Afterwards I began checking out some of the interesting corners of the neighbourhood, in particular upstairs bookshops and cafés, and I was impressed by how these kinds of independent businesses were juxtaposed with glitzy shopping malls.”

In 2008, not long after his first visit, Christopher made the move to Hong Kong from Montreal with his wife, a Hong Kong native. It didn’t take long for the intrepid writer to seek out all of Hong Kong’s intricacies and begin writing about urbanism, design, culture and art.

“I kind of stumbled into journalism by writing about places, and the people that shape them. The best thing about being a journalist is that you are paid to learn about new things!”

Christopher is currently the managing editor of arts and culture magazine Zolima CityMag, and is a regular contributor for such publications as the South China Morning Post, BBC, the Wall Street Journal. His work has been featured in TIME, The Guardian, Roads & Kingdoms and Munchies and many more. In June 2017, inspired by Hong Kong’s many epithets, Christopher released his first book “Borrowed Spaces: Life Between the Cracks of Modern Hong Kong.” The book is a part of Penguin’s Specials, a series of seven books that explore Hong Kong’s history and reflect on the change 20 years after the handover. 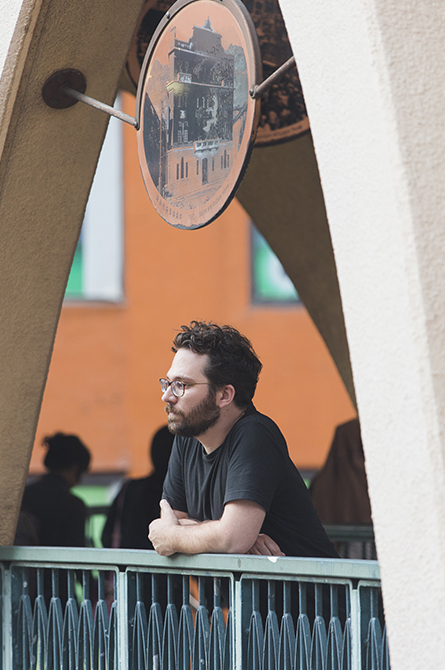 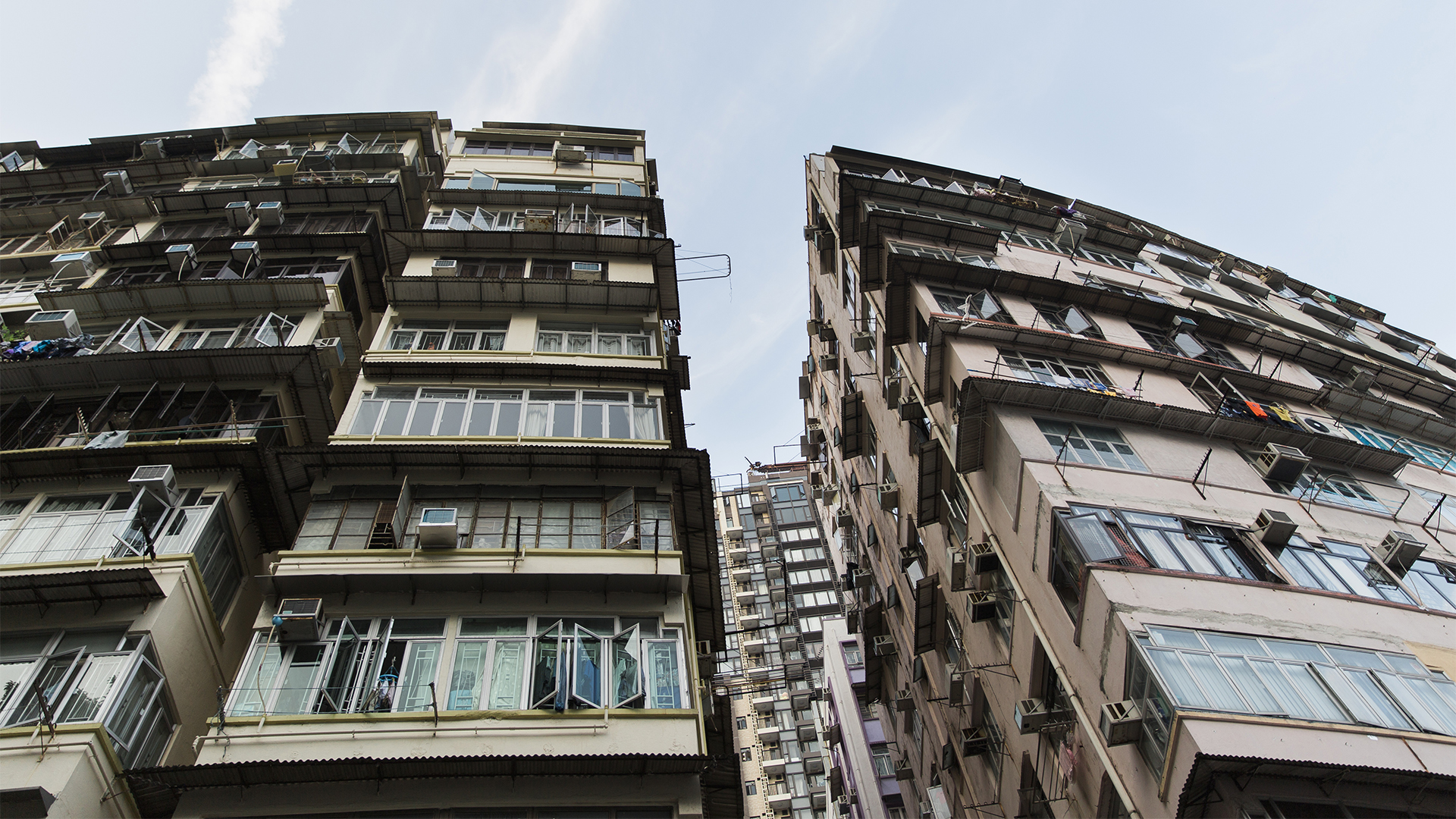 “I began checking out some of the interesting corners of the neighbourhood, in particular upstairs bookshops and cafés, and I was impressed by how these kinds of independent businesses were juxtaposed with glitzy shopping malls.” 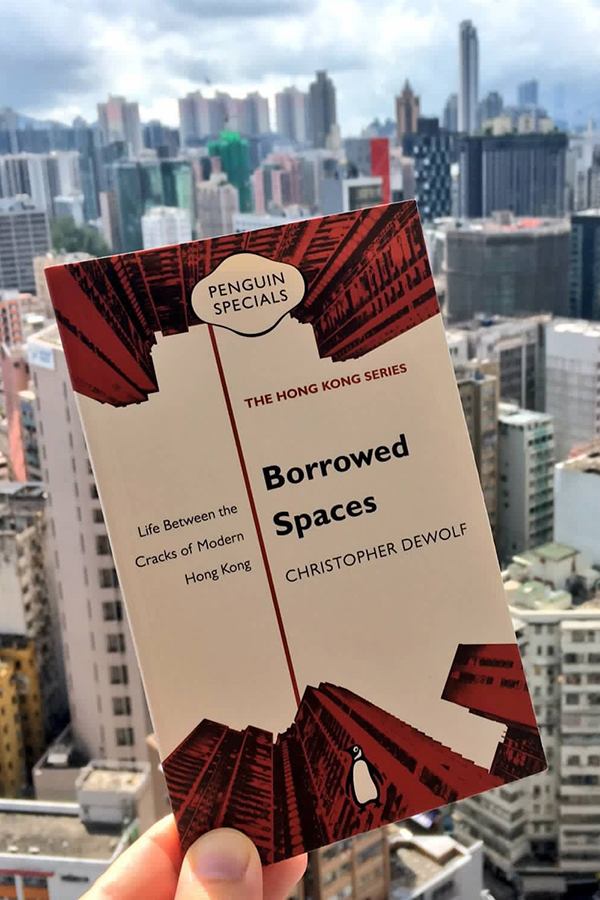 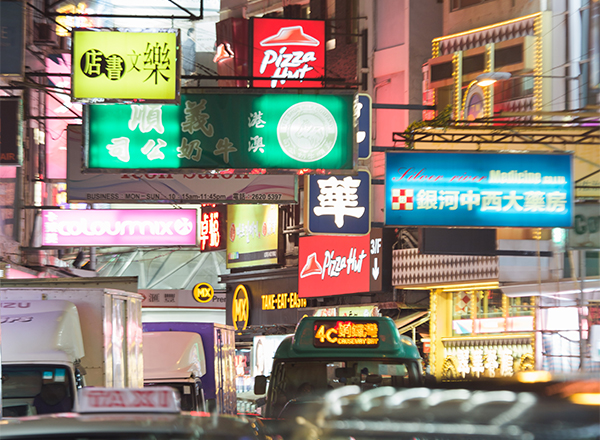 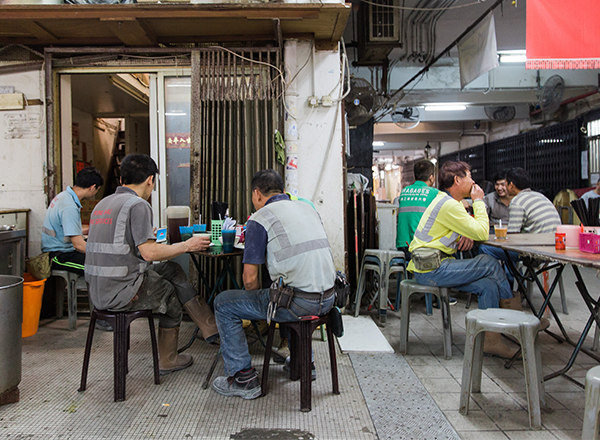 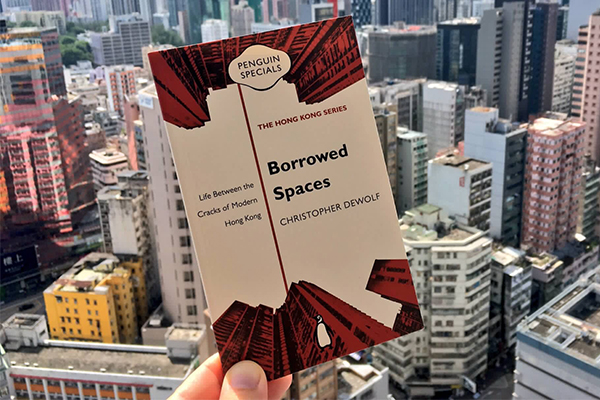 “…what makes Hong Kong a unique place is the little everyday contributions. Shops with open fronts that spill into the street, big signboards, street markets…”

“Over the years, I saw how many of the things that are distinctive about Hong Kong were being whittled away. Those things aren’t a problem in and of themselves, but in Hong Kong, they’re done without much sensitivity to what makes the city special. So [in the book] I decided to focus on the tension between the everyday life of the city and the policies that seem to wage war against it.”

Hong Kong has an endless list of things that make it special, but for Christopher, it’s the littlest things. “It gradually dawned on me that so much of what makes Hong Kong a unique place is the little everyday contributions. Shops with open fronts that spill into the street, big signboards, street markets, potted plants along the footpath, hawkers selling charcoal-roasted sweet potatoes – all of these are ground-up grassroots ways of building a city. If you stripped all of them away, Hong Kong would be a pretty dull, ugly place, with a lot of concrete and not a lot of life.”

For Christopher, despite its evolution over the years, Causeway Bay has still remained one of the more interesting neighbourhoods in Hong Kong. “It has a very different feel compared to other commercial areas, and I have always wondered why that is. I think part of the reason is that it is surrounded on two sides by greenery. It’s the centre of town for anyone who lives on Hong Kong Island, so it feels like a natural centre of gravity.” 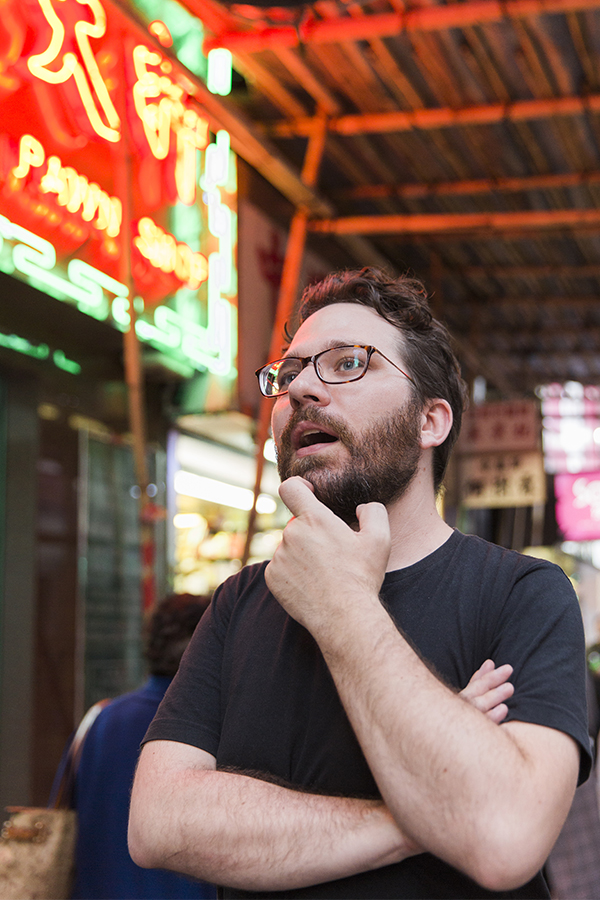 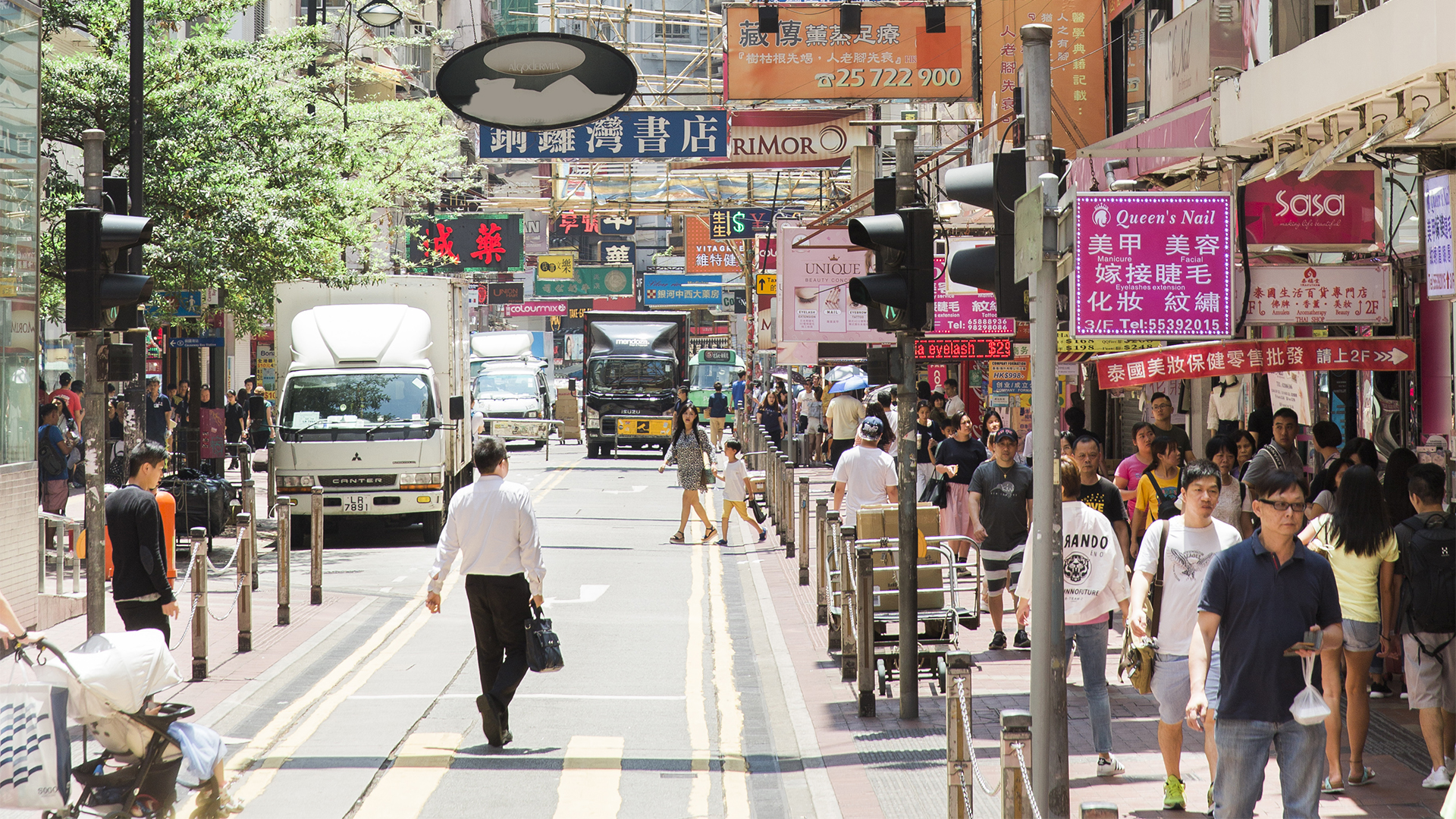